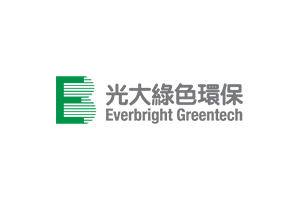 Renewables and waste management firm China Everbright Greentech has won a cogeneration project and an integrated biomass and waste-to-energy project in China, the company has announced.

The RMB324m ($49.7m) Guoyang biomass-fired cogeneration project in Anhui Province is expected to process 300,000 tonnes of biomass and generate around 200 GWh per year, as well as providing central heating services for businesses in the Guoyang Industrial Park.

Meanwhile, the RMB410m Huaiyuan integrated waste-to-energy project will be designed to process 400 tonnes of household waste per day, and to comply with the Euro 2010 emissions standard. Once completed, the plant will operate in synergy with the Huaiyuan biomass project, which is already operational, by sharing facilities.

Both plants will be built on a build-own-operate model, the company said.

Qian Xiaodong, Everbright Greentech’s CEO, said: “The signing of Huaiyuan Integrated Project (Waste-to-Energy) and Guoyang Project not only timely responds to the ’13th Five-Year’ special plan on renewable energy development in Anhui Province, but has also further cemented the Company’s strong position in the province.”