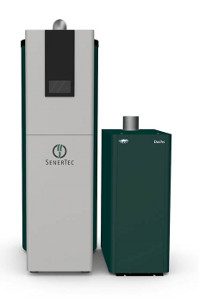 The global combined heat and power (CHP) installation market is predicted to reach $813bn by 2024, according to new market intelligence.

In a report released last week, Transparency Market Research (TMR) said the sector is expected to grow at a CAGR of 4.38 per cent between 2014 and 2024.

During this time, competition is expected to heat up given the number of established market players, TMR said. The Netherlands’ BDR Thermea held the leading market share in 2014 and “might” hold it to 2024, while Clarke Energy, ENER-G, Wartsila, Edina, Siemens and 2G Energy together account for 53 per cent of the global market.

While large-scale CHP systems currently hold over 85 per cent of the installation market, small and micro systems are expected to catch up “sooner rather than later” according to TMR.

“The rising use of small-scale and micro-scale CHPs crosswise over the commercial and residential sectors will empower the section to report the speediest CAGR” during the forecast period, the report predicted. However, demand for large-scale CHP should remain high in China and India.

Europe claimed 68 per cent of the global CHP installation market in 2014 and is expected to maintain its lead, while Russia’s abundance of natural gas has led to rising demand in the region.

Other growth markets include the Netherlands, Italy, Belgium, Poland and Germany. In the Asia Pacific region, a drive for energy efficiency will create opportunities for market players.

However, high up-front costs could slow growth in the large-scale CHP segment.