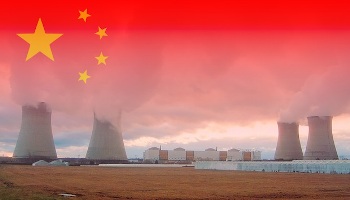 China will launch its first carbon trading scheme on Tuesday, 18th of June, when the city of Shenzhen plays host to the country’s pilot project.

According to analysis by Thomson Reuters Point Carbon, without modifications to the program design it is likely the scheme will be over-allocated.

China’s National Development and Reform Commission (NDRC) has assigned the region of Guangdong – in which Shenzhen is located – an emissions intensity reduction target of 19.5 per cent from 2010 to 2015. Shenzhen, already the most energy-efficient city (in terms of energy intensity) within Guangdong, has been given a more aggressive target of 21 per cent during the same period.
The scheme launched on Tuesday will include both direct sources of emissions and indirect emissions from power and heat consumption, and will cover 635 companies in the industrial sector.

According to the local government, these companies accounted for 31.7 Mt carbon emissions in 2010, 38 percent of the city’s overall emissions. For covered companies as a whole, the government has set a carbon intensity reduction target of “over 30 percent”, presumably over the years 2010-2015.

The Shenzhen ETS is the first pilot to come up with an adjustment plan aiming to avoid the risk of over-allocation, as seen in the EU ETS. Over the next three years, the local government will allocate around 100 million permits for use within the scheme, although the actual cap will be highly dependent on the city’s economic growth.