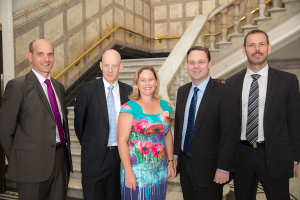 A consortium of Cofely Australia and Thiess Services have struck a deal that will see a district cooling system installed in Brisbane’s Central Business District.

With an agreement for the design and planning phase, Brisbane is set to have Australia’s first CBD district cooling system which will see a centralised plant supplying chilled water via a network of underground pipes.

According to the developers energy savings could be up to 30% for individual buildings with a corresponding 20 MW fall in peak power demand.

‘When combined with thermal energy storage, the district cooling system will chill water during off-peak periods and then supply it to CBD buildings during the day, resulting in significant energy savings and helping to deliver on Council’s vision for a clean, green city,’ explained acting Lord Mayor Adrian Schrinner.