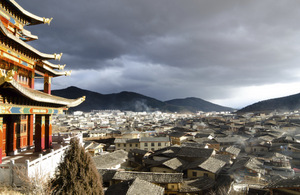 Distributed Combined Heat and Power (CHP) installed capacity in the Asia-Pacific region will grow from around 37.7 GW in 2013 to approximately 64 GW by 2019, according to an analyst from GlobalData.

Ankit Mathur, GlobalData‘s Project Manager for Alternative Energy, states that the region will spend almost $56 billion on bolstering its distributed CHP installed capacity between 2014 and 2019. This is the second largest investment globally behind Europe, which will boast distributed CHP capital expenditure of around $144 billion between 2014 and the end of the forecast period.

Mathur believes that China has been the major driving force behind the expansion of distributed CHP in Asia. The country will continue to account for more than 50% of the region’s market share, with a forecast net capacity addition of over 14.5 GW between 2014 and 2019, according to GlobalData.

He says: ‘Most of China’s current CHP projects are coal-based, presenting a fertile opportunity for market growth, as CHP power plants can employ the existing set-up of coal-fired plants. By moving to technologies that burn fuels with lower emissions, such as gas or biomass, the country can gradually reduce its coal consumption. Consequently, China will be able to further drive its efforts towards reducing carbon emissions generated from coal-fired power plants.’

Mathur adds that considerable efforts taken by China and other Asia-Pacific countries will allow the region to retain the leading global distributed CHP market share by 2019.

The comments follow a recent GlobalData report which concluded that China is set to overtake the US as the global genset market leader, increasing its share from 26% in 2013 to 33% by 2020.

While the US, China and India are currently the top diesel genset players, only China and India’s market shares will improve by the end of the forecast period, the report says.

Siddhartha Raina, senior analyst for GlobalData, says: ‘China and India each face a considerable gap between their power supply and demand, creating attractive markets for diesel genset manufacturers. High power deficits, coupled with significant economic growth potential, are expected to be the strongest drivers behind these markets’ expansion.

However, a number of barriers will hinder any further development in China’s diesel genset market by 2020, including the slow anticipated growth in the country’s industrial sector and government plans to strengthen and modernize China’s transmission and distribution network.