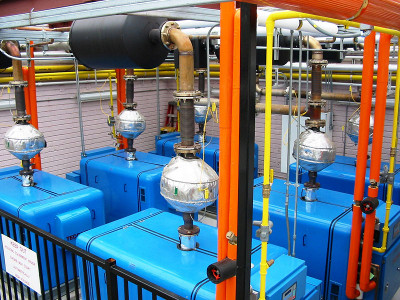 Global installations of commercial combined heat and power (CHP) systems are set to total nearly 43,000 by 2024, new analysis has found.

According to a recent report from Navigant Research, market growth is accelerating for CHP systems in commercial building infrastructure, driven by these systems’ potential to conserve energy and to guarantee power supply to mission-critical operations such as hospitals, prisons, data centres and research facilities.

‘With energy markets undergoing significant change, commercial CHP is gaining increased traction as a flexible solution that can deliver a range of benefits to the grid, end users and governments,’ said Brett Feldman, a Navigant senior research analyst, adding that ‘the effort to modernise the grid and make it more resilient is driving CHP adoption at the policy level, beyond individual site considerations.’

Just under 32 GW of commercial CHP capacity was installed worldwide in 2014, the report found, with an average capacity of around 2 MW per installation. Northern Europe, South Korea, Japan and the US together accounted for 97% of global installations. Hospitals, universities, and other applications with near-continuous heat load requirements made up the largest share. à‚

The report estimated the floor space that could potentially be served by CHP worldwide at 441 billion square feet (41 billion square metres).à‚  But it cautioned that, due to high up-front capital costs associated with installing CHP systems, ‘only a fraction of this total can be realistically served’.

A range of factors including high or volatile spark spreads, co-operative utilities and relatively high thermal requirements must be present for installed CHP systems to be economically viable, the report said, adding that the relative importance of these factors depends on geographic location, building size and building function as well as other site-specific factors.