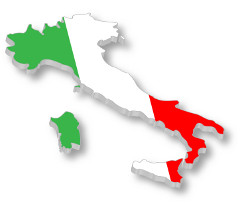 The Italian government, under pressure to address its significant debt, is close to a deal with China State Grid to sell an approximate 35 per cent stake in the Italian grid.

Pier Carlo Padoan, Italy’s economy minister, said the deal, when concluded, would amount to a total investment of $2.68bn (€2bn) by the Chinese group.

The deal is part of a privatization drive pledged by Matteo Renzi, Italy’s reformist prime minister, to raise funds to help reduce Italy’s more than €2tn debt pile. The grid network is entirely owned by Italy’s state financing agency, Cassa Depositi e Prestiti, which is controlled through the Treasury.

This is the latest in a series of investments by Chinese firms in Italy’s biggest state-run companies, following small-stake purchases in Eni and utility Enel. In May, Shanghai Electric also agreed to buy a 40 per cent stake in Treasury-controlled Ansaldo Energia.