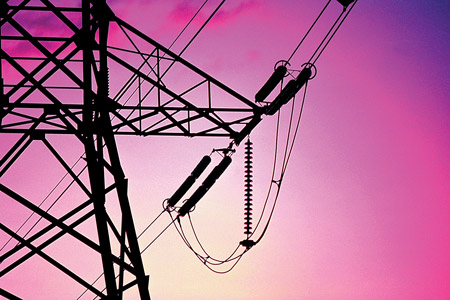 With Europe in the midst of an energy transition, security of supply has become a vital issue for countries across the region. We asked a group of major players in the industry what they believed could and should be done to ensure that supply does not enter the danger zone.

The crucial issue will be to reduce Europe’s vulnerability to any potential supply disruptions of natural gas from Russia.

Realistically, Europe will need Russian gas for the foreseeable future, and indeed long-term supply contracts require Europe to take this gas for a long time to come.

For instance, France, Germany and Italy have all extended their contracts with Gazprom to beyond 2030. So while high “dependence” on Russian gas will remain, their key focus should be on reducing Europe’s vulnerability to interruptions, such as those witnessed a few times over the past decade.

Realistically, in the absence of significant increases from North Africa, the best alternatives for diversifying supply sources are two-fold.

Firstly, Europe can buy more LNG. This has just become easier as a result of reduced gas prices in Asia, enabling LNG cargoes to be diverted to Europe.

Availability of LNG supplies will grow over the next few years, as new supplies from the US, East Africa and Australia emerge. Europe’s LNG terminals are under-utilized so there is plenty of scope for rapidly increasing re-gasification in case of emergencies.

Secondly, more gas should come from the Caspian regions, in particular from Azerbaijan via Turkey, after work on the new TANAP line started in March.

Europe also needs more gas interconnector pipelines so that under-utilized LNG import terminals in Southern Europe as well as various new and future LNG import terminals such as those in Poland, Lithuania and Croatia can be linked to create new gas corridors stretching from the Baltic Sea to the Adriatic.

This will allow LNG to be sourced quickly on world markets and brought to European demand centres.

With regards to power generation, most of Europe is well supplied with generating capacity. It is true that a growing number of thermal plants (in particular gas plants) are being mothballed, but they could be brought back online within a reasonable timeframe if an urgent need arose.

Nevertheless, Europe needs to accelerate the implementation of capacity mechanisms so that sufficient backup capacity is in place to deal with the effects of a growing penetration of intermittent renewable energy sources. Several countries are experimenting with such schemes and it is critical that they get off the ground as swiftly as possible.

Europe also needs to push for more electricity interconnectors so that the risk of lights going out can be minimized.

In particular, Central and Eastern Europe need to be better connected to the German and French grids and a higher-capacity interconnector is required between Spain and France. More pumped storage capacity and a continuation of nuclear generation where politically feasible will also help.

If you have a narrow geographical scope for security of supply, then it becomes very costly.

So if you say that the Nordic region has the same aim for security of supply, and model that system, then the need for backup capacity is a third or maybe a quarter of what it would be just for Sweden – you’d have nuclear from Finland, hydro from other countries and also wind.

And you don’t need a lot of gas plants just to stand idle.

But there is no right or wrong. It’s about how much predictability you want on the system. If you want to meet demand when there are peaks and you need someone to turn something on or off, then you probably already have a system that works.

But if you want predictability, then you need CRMs [capacity remuneration mechanisms].

The current energy-only market does nothing to incentivize investment. We have to co-operate and co-ordinate. Borders should not be a barrier. Many countries have a common currency and we trust each other on food – why should we not trust each other on energy?

Most European politicians, when talking about security of supply, have only one thing in mind: the dependency on Russian gas. However, the other risk – an imbalance between demand and supply of electricity – seems often to be neglected.

The EU policy targeting a decarbonization of the energy sector and national strategies has led to a fast and heavy transformation of electricity supply in Europe.

The growing capacities of renewable energy are mainly intermittent, and are often located far away from the areas with a high energy demand.

In addition, the political discussions in some member states to phase out nuclear energy or reduce generation by coal-fired power plants creates further need for adaptations. The result: a constantly growing risk of blackouts and brownouts in Europe. In addition to the many meaningful areas for improvement like better interconnections between the still too- fragmented national markets and demand-side management, this balancing challenge will be a key topic that needs to be addressed.

For the next years, Europe in total will not face a shortage in total conventional electricity generation capacities, but a large share of them does not provide the necessary flexibility to efficiently balance demand and supply. On the other hand, electricity storage solutions, which could do the balancing, will not be available in necessary dimensions and at affordable costs over the next years. The consequence: a quickly growing need to invest in new flexible thermal backup generation capacities that can balance the intermittent renewable energy sources.

However, today flexibility in electricity generation is not rewarded, and accordingly investments do not take place.

Therefore, a reform of the EU emissions trading system (ETS) and a new electricity market design in Europe are essential steps to set the right incentives for investments in new flexible backup capacities.

The political discussion in some European countries about financial support for maintaining existing inflexible assets is leading in the wrong direction. It is a too short-term-oriented approach that will avoid that in five years’ time a future-compliant system will be in place.