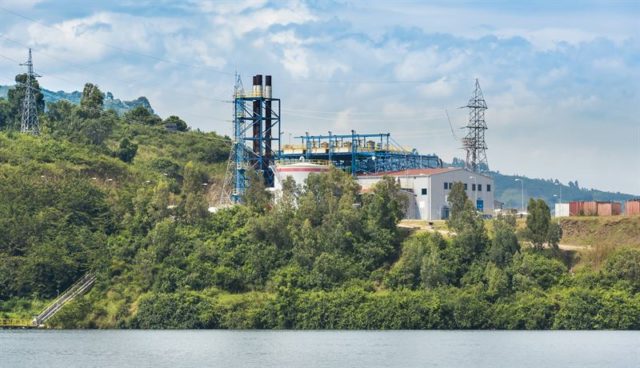 An African methane gas power plant developed by Finnish technology group Wärtsilä has been named as one of the world’s ten most influential renewable energy projects of the last 50 years.

The power plant in Rwanda was chosen by the US-headquartered Project Management Institute, a global non-profit organization for project management professionals. The institute ranks what it believes are the 50 most important project management landmarks of the last half-decade, and also awards top ten categories for subsets including renewable energy.

The 25 MW KivuWatt power plant in Kibuye was delivered and installed by Wärtsilä as an EPC project in 2015 and operates on engines running on methane gas lifted from the depths of Lake Kivu, known as the ‘killer lake’ due to the large quantities of methane gas trapped under a layer of heavy water washed out of nearby volcanoes.

In accepting the award, Antti Kämi, vice-president of Engine Power Plants at Wärtsilä Energy Business, said: “We are honoured to be awarded this prestigious recognition. The gas that can escape from the lake poses a threat to people living in the vicinity, so by utilising these natural resources we are not only adding much-needed electricity to the grid, but most importantly, we are increasing safety for the local community.”

Wärtsilä’s 34SG engine was chosen for the project because of its very high simple cycle efficiency, and the fact that it shows no derating at the installation altitude of 1500 metres above sea level. The engines used were optimised to run on Lake Kivu’s methane gas, which has a lower heating value than normal natural gas.