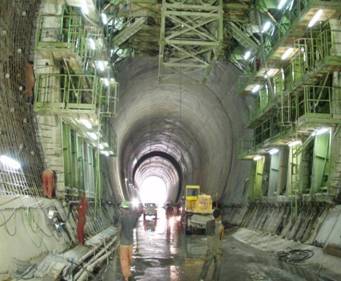 The $1.56bn 1870 MW Gibe III hydroelectric power project in Ethiopia has been commissioned and is set to double the country’s electricity production.

Italian firm Salini Impregilo, contracted by state-owned public utility enterprise Ethiopian Electric Power Corporation (EEPCo) made the announcement of having commissioned the project. The hydroelectric power facility will harness the country’s vast water supply to generate up to 6,500GWh of electricity per year, much of will be exported to neighbouring countries through a regional interconnection transmission system.

Featuring 10 Francis turbines, the Gibe III facility comprise 243m roller-compacted concrete (RCC) dam, the first of its kind in Ethiopia and one of the tallest in the world.

The project is the extension of a complex that comprise two other hydroelectric dams Gibe I and Gibe II.

The three dams were built by Salini Impregilo while the Grand Ethiopian Renaissance Dam (GERD) is under construction. All these hydro-electric projects will contribute to the country’s aim to generate 40,000MW of electricity by 2035.