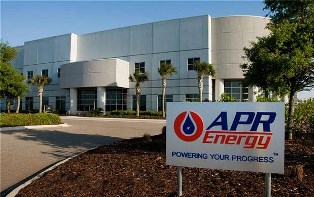 APR Energy said it may have a larger than expected net loss in 2015, after having a vital contract in Libya terminated.

The US provider of temporary power systems, said its 2015 net loss would be in line with or larger than market expectations, hinging on how fast it is able to redeploy equipment from Libya.

Shares in the company fell as much as 11 per cent in early trade on Tuesday and were among the top percentage losers on the London Stock Exchange.

The company, which rents out 25-megawatt turbines and generators to overcome short-term power shortages, said in January it had decided to quit Libya as the government there did not ratify its key contract.

The exit forced APR to renegotiate its credit facility earlier this year to avoid breaching its debt covenants.

Analysts polled ahead of the results expected a 2015 net loss of between $15 million and $50 million, Chief Finance Officer Lee Munro said.

APR Energy also reported a pretax loss of $723.6 million for the year ended Dec. 31 and did not pay out a dividend. It had posted a pretax profit of $27.5 million a year earlier.

“Challenges persist due to geopolitical instability, the oil price impact on government revenues, and the longer time horizon required for approval of these larger-scale projects,” the company said in a statement.

Demand for temporary energy has been increasing in developing markets where utilities have been unable to keep up with fast-paced economic growth. It can take four or five years to build a permanent power plant.

However, APR’s focus on emerging markets has left it exposed to geopolitical uncertainty, especially in countries such as Libya and Yemen, forcing it to issue a slew of warnings and exit certain regions.

APR is not the only provider to suffer as a result of geopolitical strife. Shares in Aggreko have taken a heavy fall as concerns grew about the exposure of the company to the escalating conflict in Yemen.

The temporary power provider may have to pull out of the country and also saw its shares fall earlier this month.