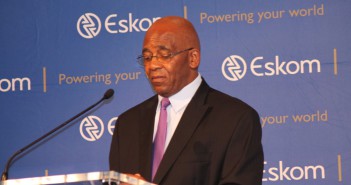 Zola Tsotsi, Eskom’s chairman, has resigned his position at the South African utility, following a board meeting on Tuesday.

Spokesman Khulu Phasiwe said Mr Tsotsi, who had been in the role since 2011, took the decision to resign “in the interest of the company and the country. He felt it necessary to resign so that the board can focus on resolving the company’s issues.”

Ben Ngubane had since been appointed acting chairman of Eskom.

Mr Tsotsi’s resignation came after a dispute over the suspension of four managers including the chief executive officer.

His departure follows the suspension of Chief Executive Officer Tshediso Matona and three others, including the finance director, on March 12th.

Eskom, which generates about 95 percent of the South Africa‘s power, implemented almost-daily rolling blackouts in February as demand eclipsed supply, with maintenance overdue at its aging power plants. Tsotsi had announced the suspensions and started a probe into the state of the business, including under-performance of generation plants, delays in starting up new facilities, high costs and cash-flow problems.

The power shortages are curbing economic growth, which at 1.5 percent last year was the slowest since a recession in 2009, as industrial and mining output is reined in and some new projects can’t get the electricity they need.