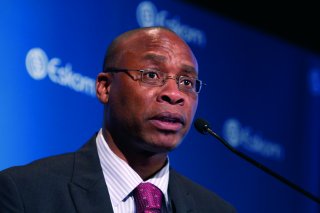 Decades of neglect by successive governments are being blamed for the spate of power outages being currently experienced in South Africa.

The country is enduring its worst blackouts since 2008, as state utility Eskom continues to struggle with a $20bn funding shortfall.

The situation took a turn for the worst again this week with households and businesses in most parts of the country left without electricity for around 4-5 hours a day since Friday, when South African state utility Eskom lost up to a third of its 42,000 MWcapacity as plants shut down for emergency maintenance.
Eskom’s CEO Tshediso Matona has announced that regular power outages could continue well into 2015 and it might take 3-5 years to restore reserves needed to avoid blackouts.

“The status quo as it is, is untenable. Something has to give,” Matona said, citing various problems, including a lack of maintenance, power plant breakdowns and a dearth of funding.

Reuters reports that Eskom will have a funding shortfall of 225 billion rand ($19.6 billion) over the next four years and will have to increase electricity tariffs.

The ruling African National Congress (ANC) plans to provide $1.8bn of cash into the struggling utility and it could also convert its existing 60 billion rand subordinated loan to state-owned equity.

Industry continues to suffer in the interim, with the steel and engineering sectors for example reported to have lost as much as$520m in output due to power outages in recent months, according to an industry body.