As many in the international community begin to make decisions on technologies that will meet the latest regulatory requirements, dry sorbent injection is a viable option to be considered for SOx emissions control, argues Connor Cox

The injection of hydrated lime, trona or sodium bicarbonate (SBC) into the flue gas for the removal of SO2 and SO3 is a proven solution and a preferred technology both in Europe and the US.

A dry sorbent injection (DSI) system enables plants to remain in operation when the capital cost of a wet or semi-dry flue gas desulphurization (FGD) system is too high. Injection of these alkali sorbents can also offer other benefits to the plant including lower operating costs, less corrosion and reduced activated carbon usage for mercury removal in high SO3 environments.

DSI for SO3 removal typically employs hydrated lime as a low cost, high-efficiency sorbent. The hydrated lime can be injected into several locations throughout the flue gas path, depending on preferred operation. Performance can vary based on mixing, injection location, and whether the station employs an electrostatic precipitator (ESP) or fabric filter (FF) as their particulate removal device.

Traditionally, sorbent was injected after the air pre-heater and before the particulate collection device. This proved very effective at eliminating visible plumes at the stack. However, long-term operation in the US has proven that injecting upstream of the air pre-heater can provide several additional benefits.

By injecting hydrated lime upstream of the air heater, utilities have shown an improvement in air pre-heater performance through the reduction of H2SO4 corrosion and ammonium bisulfate (ABS) buildup caused by SO3 reaction with excess ammonia from SCRs.

In other instances, this location will be upstream of an activated carbon injection (ACI) system, and the reduction in SO3 prior to interaction with powdered activated carbon (PAC) will allow for improved sorbent availability and effectiveness. Lastly, removal of SO3 prior to the air pre-heater reduces the back-end acid gas condensation temperature. With a consistent, well-designed DSI system in place, the air pre-heater can return more heat to the boiler, improving heat rate and overall efficiency.

A relatively new strategy is to move the hydrated lime injection location upstream of the SCR. In this application, hydrated lime allows the SCR to operate at lower temperatures by removing the SO3 that would otherwise react with ammonia to form ABS inside the catalyst layers.

This allows the SCR to continue operation during low load conditions. Plugging of the SCR due to hydrated lime has not been evident and catalyst deactivation has also not been observed.

With new SO2 emission limits varying between 100 and 220 mg/Nm3 for many coal-fired boilers in the EU, controls will be required to reduce current SO2 emissions. Technologies available include semi-dry and wet FGDs, or dry sorbent injection systems. Each has advantages and disadvantages.

DSI is an easily retrofitted, low capital cost system that is capable of relatively high (>90 per cent) SO2 removal, especially with a fabric filter. DSI employs SBC, trona, or hydrated lime as sorbents of choice depending upon local availability and removal levels required. Operating costs of a DSI system have shown to be comparable to other FGD systems in the right application.

Hydrated lime is typically used for lower SO2 removal levels (<50 per cent). However, newer, enhanced hydrated lime products injected prior to a fabric filter have shown the ability to reach moderate to high levels of SO2 reduction (70-80 per cent). This performance comes with higher injection rates compared to the sodium-based sorbents.

In Europe, SBC is the most available sodium sorbent for DSI. The material is delivered with a relatively large particle size to ease the handling and storage process. Therefore, it must be milled prior to injection to be effective.

UCC’s patented VIPER Mill was engineered specifically for this application in order to reduce particle size, maximize surface area and promote efficient sorbent usage without heating or damaging the product. The blow-through design simplifies the equipment requirement and allows one blower to convey the material from the silo through the mill to the duct.

Between those temperatures, the product is highly porous and reactive with SO2. Depending on boiler type, coal type and system operation, the proper temperature for SBC frequently is found post air pre-heater. SBC injection with a fabric filter can achieve greater than 90 per cent SO2 removal.

Alternatively, trona is a sodium-based, naturally occurring mineral that can be applied in a similar manner. Large deposits are found in Turkey, as well as in the US.

Although slightly less pure than typical SBC, trona does provide several benefits. First, the product has a lower cost since it can be mined in a ready-to-use condition. Second, trona can be injected up to 540°C before the product is damaged.

This allows the ability to inject further upstream, which provides more of a reaction time and improves the efficiency of the sorbent. When compared to SBC, trona performance is generally lower, and more sorbent is required. This is often offset by its lower cost.

Effects on plant operation vary for the different sorbents. Some coal-fired boiler owners and operators select to use hydrated lime if possible in order to avoid potential heavy metal leaching from the collected fly ash mixed with DSI by-product. The downside of hydrated lime, however, is the inability of some ESPs to accommodate the increase in surface resistivity resulting from the calcium addition.

Alternatively, the use of trona or SBC reduces the resistivity, making the by-product and fly ash easier to collect. Most test and long term installation sites have shown neutral effects or even improved collection in their existing ESPs when injecting sodium-based sorbents.

DSI sorbents are not created equal when it comes to mercury capture. High levels of SO3 impede PAC performance, but naturally occurring halogens in the flue gas are necessary for oxidation and the capture of mercury.

In these instances, I would recommend separating the DSI and ACI injection locations. Precise arrangements should be determined based on unit specifics. Typically, it is better for the DSI sorbent to be injected before PAC on units burning high suphur coal (to remove SO3), but after the PAC on lower sulphur units (to avoid halogen removal).

The most effective method to determine optimal performance and balance of plant effects is to conduct a DSI trial on the unit in question. A trial or demonstration test can be designed to determine the most cost-effective overall emissions reduction strategy.

Once determined, the system is often operated continuously for a period of time to gain a full understanding of the equipment and downstream effects. These trials typically range from one week to three months in duration, using temporary equipment designed for this purpose.

DSI is a very effective and flexible technology and, when designed properly, system plugging should not occur. Poorly designed systems will have distribution and plugging issues, which will adversely affect performance and the ability to benefit from all the advantages the technology provides.

DSI’s flexibility in application will allow most coal-fired boilers in operation to achieve compliance with new air emission limits in a cost-effective manner. It can be applied as an independent SOx removal device, or it can be applied to aid under-performing FGDs.

Instead of upgrading the equipment for the new regulations, DSI can reduce the inlet sulphur to the FGD, allowing the existing equipment to reach the regulatory limits. DSI should be considered for all future SOx mitigation requirements as a low-capital cost, high efficiency system.

Merry Christmas and a Happy New Year to our readers 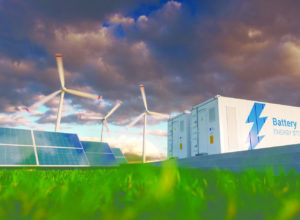