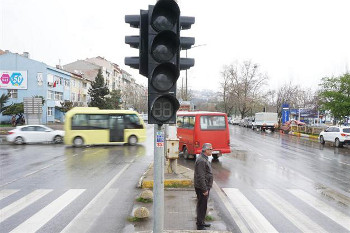 A transmission line fault has resulted in power outages in 25 Turkish cities and parts of 44 of the nation’s 81 provinces, local media has reported.

Power transmission company TEİAŞ said the fault occurred at 10:36 am EET today. In a statement, the Energy Ministry said the problem was with the main distribution lines and is thought to have originated in the Aegean region.

While local media reported a large explosion in the western Kocaeli province, those reports have not been confirmed. Kocaeli is one of Turkey’s industrial centres and several factories there have reportedly halted production due to the blackout.

According to Energy minister Taner Yıldız, power was restored in some provinces by noon, while others remain blacked out. Public transport in major cities including Istanbul, Ankara, İzmir, Antalya and Adana has been disrupted, with Istanbul’s metro and tram services halted and passengers evacuated. Istanbul’s traffic lights were also out, causing traffic jams in the city centre. Meanwhile, a number of air travellers across the country reported on Twitter that their flights had been cancelled or diverted.

The cause of the transmission line fault is still unkown, with Prime Minister Ahmet Davutoğlu saying the government has set up a crisis centre and is “considering all probabilities… including terrorism”. Yıldız added that his department “cannot confirm whether [the] power outage was a cyber or terrorist attack”.

“Our main target right now is to restore the network. This is not an incident that we see frequently”, he added.

The outage is Turkey’s largest in 15 years.