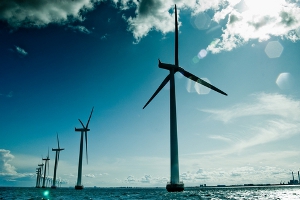 Tennet are confident that a new financing package for the first cluster of German offshore wind projects is “secure”.

According to Windpower Monthly, Tennet Offshore board member Wilfried Breuer commented to the effect that he was confident that the $9.2bn (EUR7bn) in funding for transmission cables was secured.

à‚ Breuer added that thanks to the new legal arrangements on risk liability for the offshore transmissionà‚ à‚ à‚  cable sector, he was “confident [of getting] a market solution.”

There had been concerns about the Dutch company’s finances given the scale of the projects involved in Germany.

à‚ Mitsubishi agreed earlier this year to become co-financer of four of the transmission cable links. This has “helped to significantly relax the situation for the future,” said Breuer. “This is demonstrated by the contract for DolWin 3 which has been granted and Borwin 3 and 4 are up for tender, all without any up-front securing of finance,” he added.

à‚ Tennet has also felt confident enough to change its tendering procedure for BorWin 3 and 4, doing away with a single general contractor and dividing the work into several lots and allowing more competition. “This will reduce costs by a double digit percentage sum,” said Breuer.

It isn’t all positive news as the company is now receiving claims for damagesin connection with the delays to date in network completion.

à‚ “But there won’t be any more delays in connection with construction of the cable links,” he said, adding: “We can’t rule out future interruptions in transmission due to cable failures, however, because there is no redundancy in the cable connections to shore”.