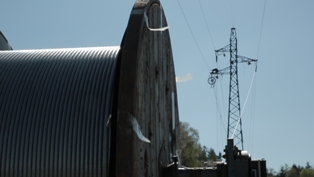 If the trial ” in Haute-Vienne in the Limousin region ” is successful, Nexans says it will “provide TSOs with opportunities to adapt their high- and extra-high voltage networks to meet the needs of tomorrow’s energy landscape for redistribution of power generation, especially with the development of renewable energy resources”.

The field trial utilizes Lo-Sag conductor technology, which uses a carbon fibre composite core, and involves about 1 km of high voltage, 90 kV, overhead line being upgraded between Bellac and Saint-Martin-Terressus.

The three-phase trial installation replaces older steel cables while making use of most of the existing infrastructure such as pylons. Nexans says this is possible because of the light weight and low expansion of the new conductors.

Nexans says comprehensive testing of the Lo-Sag technology will take place throughout the course of the year, with the objective of “checking compatibility with the existing grid as well as reviewing its mechanical properties and the capability to withstand France’s variable climate, including combinations of wind, ice and snow”.

The conductor for trial was manufactured at Nexans’ factories in France, Belgium and Germany.