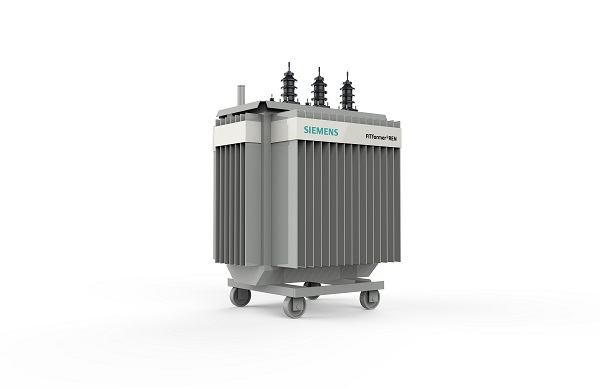 One of China’s largest offshore 8MW wind turbines has been connected to an eco-friendly power transmission system.

It is also believed to be the first time that a wind turbine generator has run on 66 kilovolt in China.

The transmission system has been installed by Siemens Energy and comprises a sulfur hexafluoride-free gas-insulated high-voltage switchgear called 8VM1 Blue GIS, and a liquid-immersed distribution transformer with ester fluid.

The system is part of a demonstration project established by Shanghai Electric at Shantou Haojiang onshore Industrial Park on the east coast of Guangdong in southern China.

“Our SF6-free switchgear and our synthetic-ester transformer are contributing to the concept of an integrated clean energy solution.”

She added that the 8VM1 Blue GIS was specifically developed to enable higher-voltage levels in wind turbines and is also the first Blue GIS operating in China.

Siemens said in a statement that the technology “utilizes vacuum interrupters for switching functions and clean air as the insulation medium, representing an environmentally-friendly alternative to the potentially climate-harming insulating gas SF6.”