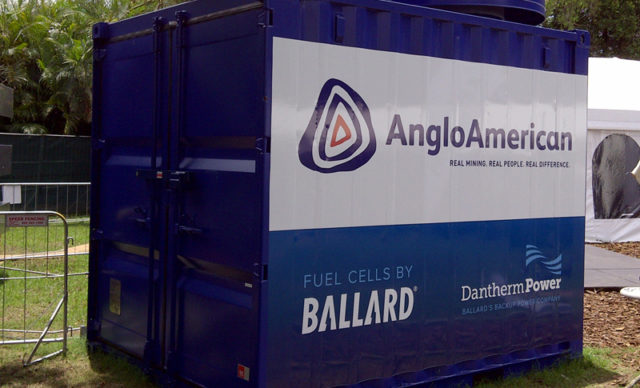 A fuel cell-based mini-grid electrification field trial is underway in the rural community of Naledi Trust, in the southern part of the Fezile Dabi district of South Africa’s Free State.

Using a methanol-fuelled fuel cell prototype product developed for use in off-grid residential application, 34 households are to be powered under the scheme.

Department of Mineral Resources Deputy Minister Godfrey Oliphant said that upon successful completion of the trial a pilot programme would follow that would see 200-300 systems installed in villages across rural South Africa by 2015.

“This project could signal [the establishment of] an entire fuel cell value chain in South Africa when sufficient scale is reached. This would create a new technology sector in South Africa and also provide opportunity for export of the value-added fuel cell products to other emerging markets,” Oliphant said.

Although this 15 kW fuel cell system does not produce usable heat, the field trial is intended to validate the technical and operating requirements of a home generator product for off-grid applications in South Africa.