By Power Engineering International
May 22, 2013 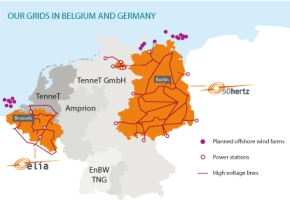 Back in March, Mel Kroon, TenneT’s chief executive, confirmed that the Dutch government was considering selling part of TenneT in an initial public offering to raise EUR500m ($644m) to invest in upgrading the grid in the north of the country and enabling the connection of wind farms.

Elia’s chief executive Jacques Vandermeiren confirmed in both L’Echo and De Tijd that he would be interested in taking stakes in the two neighbouring grid operators as long as certain conditions were met.

“The operation needs to happen, the price must be right, we need to get a big enough stake and our shareholders must find that it’s an opportune deal,” said Vandermeiren.