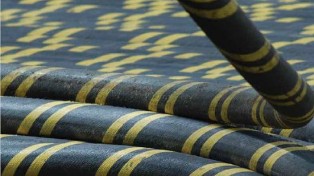 The European Union has given à‚£1m of funding towards a detailed study into building an offshore electricity grid between Scotland, Northern Ireland and Ireland.

The Irish-Scottish Links on Energy Study (ISLES) will examine the financial, legal and regulatory issues that could affect the cross-border energy project.

A feasibility study into connecting the three countries has already been carried out and found that there are no technical barriers to the project, which it concluded could be in place by 2020.

Scotand’s First Minister Alex Salmond (pictured) said the funding was “hugely encouraging progress” and the interconnections would allow the renewable energy industry in all three countries to reach its full potential.

“The waters around these islands have some of the most abundant offshore energy resources anywhere in the world,” he said, but added that “in order to harness this vast potential it is vital that we have the infrastructure in place to transfer the energy that is generated to where it is needed.”

Northern Ireland Energy Minister Arlene Foster said the ISLES project “has the potential to send important investment signals to private sector companies who are considering investing in offshore grids, as it will allow them to position their projects favourably when bidding for funding from Europe”.

“It can potentially deliver a range of wider economic, environmental and market related benefits to both Ireland and the UK”.