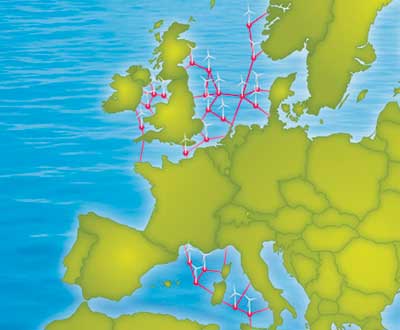 A report has found that regulatory, rather than technical barriers, are standing in the way of achieving the European Supergrid.

A European industrial alliance called the Friends of the Supergrid revealed its findings in the report, entitled Roadmap to Supergrid Technologies.

Advocates found that there are no insurmountable technological hurdles to the creation of a pan-European transmission network. The latest industry assessment shows there have been significant developments in long-distance transmission, with technology advances either on par or ahead of the predicted curve.

The report’s authors call on policymakers to get to work on reducing the regulatory barriers it says are hindering a process that would represent good news for consumers.

The report, which involved contributions from ABB, Siemens, Alstom Grid, RTE, Parsons Brinkerhoff and Nexans, can be viewed here.

Uzbekistan secures over $400m in loans for energy sector transformation