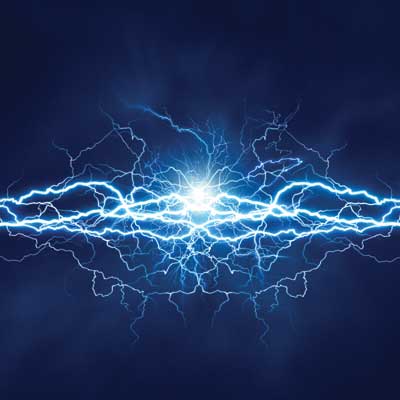 A new report from the Institution of Engineering and Technology concludes that the complex engineering involved in decarbonizing Britain’s electricity system will be best integrated by a ‘system architect’. But what would this architect do and how would the UK benefit? Dr Simon Harrison and John Scott explain

The changes needed to decarbonize the UK’s energy system are profound and place extraordinary requirements on the electricity system.

Future demands for electricity services will need to continue to be met in a cost-effective and publicly acceptable way, while complying with environmental obligations and maintaining security and quality.

Development of a ‘smarter power system’ is seen by many commentators to be key to achieving the following objectives, which may at times be in conflict with each other:

Electricity services are the services consumers actually want that are provided by use of electrical energy: for example, illumination; transport; space and water heating or cooling; cooking; electrical energy to allow operation of electronic goods and instruments; and as input to industrial processes.

Environmental obligations include ambitious decarbonization objectives; air quality targets that will close most coal-fired generation within 10 years; statutory objectives for renewable generation; tough controls on nuclear safety and waste management risks; and the protection of biodiversity and landscapes.

Security means more than just having sufficient supply to meet demand. The system must be stable and resilient under stress and function well in the face of changing demands. It must be resistant to malicious disruption. It must be adaptable enough to allow integration of the new technologies and techniques that will drive cost-effective decarbonization, and not create avoidable constraints on the policy choices open to ministers.

Quality means maintaining voltages within acceptable upper and lower bands, avoiding dips and surges that could damage consumer equipment or cause irritating flickering of lights, minimizing power losses, staying within necessarily tight requirements for power system characteristics such as frequency, and maintaining a satisfactory sinusoidal waveform for alternating electric current.

Public acceptability requires that energy delivery is affordable for households and competitive for businesses. The consumer experience must be acceptable and new technologies should not be excessively intrusive or burdensome. Privacy must be respected and data kept secure. Disadvantaged, at-risk or disengaged consumers should be well treated and protected. Extensive infrastructure developments such as major wind farms, barrages or grid enhancements may also challenge public acceptability and must be balanced against societal desire to address climate change and ensure grid adequacy.

The key challenges include ensuring the continuing fitness of the power networks to meet the fundamental changes now taking place, which are anticipated to accelerate over the coming decades. These changes bring new opportunities, but many are disruptive to the power system in that they are not a continuum of the present arrangements. This challenges industry processes and standards, and introduces the requirement to accommodate new third-party players.

The electricity system has evolved over 100 years to provide the reliable, stable and continuous electricity on which normal life in the developed world depends. However, there are fundamental changes underway. These arise from the objectives of harnessing cleaner energy and the ever-growing interdependencies with communications, data and automation while maintaining affordability and security with quality. The changes ahead will bring many societal benefits, but also a series of challenges, such as:

These challenges are manageable, and well-managed at present, but they will grow rapidly and may be subject to tipping points. If we are to succeed in decarbonizing the economy, by the 2030s they will be highly significant features of the electricity system. Taken together, they amount to a fundamental challenge to the long-established ‘architecture’ of the British electricity system.

A new architecture will be needed to meet the challenges, but making changes while maintaining service and responding to the issues above will be technically challenging, potentially risky and require purposeful direction. Architecture in this context refers not only to the ‘visible infrastructure’ but also to the codes, standards and processes that enable seamless movement of information and operational instructions. In addition, this must be achieved in compliance with new and planned European requirements whilst addressing the specific characteristics of the UK system.

The future is seen to be a far more complex, multi-party world that requires a whole-system approach. Without significant re-engineering into a flexible ‘smarter grid’, the electricity system is at risk of being unable to support the innovations necessary to deliver efficient and secure decarbonization in a practical and economic way. Furthermore, we will lose the wider benefits of a more intelligent power system that can interact with consumers.

The nature of the challenges and risks is resulting in serious issues that, in many cases, interact across the whole system. However, today’s institutional landscape has evolved into a multi-party structure where there is no actor with responsibility for seamless technical functioning of the whole system across its many players and technologies.

The current arrangements will need significant enhancement as distributed generation, demand side management, smart communities and smart metering become more pervasive. The timing of this is uncertain: changes to system characteristics are already becoming observable but tipping points will likely arise from around 2020 depending on carbon reduction trajectories.

The System Architect would take whole-system and long-term responsibility for developing and agreeing the framework of architectures, standards, protocols and guidelines needed to ensure seamless technical integration of the subsystems of the many market players and parties, enabling a seamless response to the challenges arising from policy imperatives as they emerge over the coming decades.

The System Architect will be a single clearly defined entity responsible for management of the complexity of the evolving power system architecture in the public interest, on behalf of the government. However, the System Architect would not be the master system planner, or the national Chief Engineer.

The System Architect would be accountable for the adequacy of the evolving power systems architecture, with the long-term aim of supporting and driving development of a ‘smart grid’ capable of meeting the challenges of the coming 20 to 30 years.

It would also have an advisory role: providing assurance that the whole system can meet the policy-driven technical challenges of the next two decades. The role would involve standards, interfaces and best practices, and oversee system integration: the system architect would in effect be responsible for ensuring adequate technical specification of an ‘intelligent network’ or ‘smart grid’, interpreting the direction established by policymakers and working with the organizations responsible to enable implementation and operation in an effective and coherent way, whilst also enabling innovation.

Those involved will be traditional industry players and, most likely, new third parties. In addition, there should be a role as adviser and risk manager, providing warning of emerging risks to system stability and advising on the feasibility and timescales for policy implementation.

The scope of the role of the System Architect could take a number of forms, two of which are:

To supplement the grid and distribution codes, an option for consideration would be to develop a ‘Power System Framework’ to address whole-system issues that cannot be contained exclusively within any existing code.

Furthermore, the Framework would encompass the interests of new third parties as well as the traditional industry players represented on the today’s code panels. The System Architect would own the development of this framework for the UK power system and its alignment with new European requirements, and would be responsible for ensuring its consistent adoption and relevance.

The functionality of System Architect could be delivered as a standalone body or by incorporating it into the responsibilities of an existing body – it is too soon to be prescriptive. Its formation presents an opportunity to bring greater coherence to the existing multi-party institutional landscape.

Participation would be a matter for consultation, but would likely include transmission companies, distribution companies, large energy suppliers and other key stakeholders such as smart communities, vendors and new entrants. Some participants might be subject to industry governance, as with the present code panels, while others might be involved less formally. Addressing whole-system issues on a ‘best endeavours’ voluntary basis would be an inadequate response in view of the issues and risks that can be foreseen.

The System Architect has a vital function, but one that is centred largely on technocratic issues – it is not an alternative source of policymaking or centralized management of the UK power industry.

Ministers and officials have a duty to assess feasibility and value-for-money of policies, and the System Architect should play a role as a trusted adviser, but not decision-maker, in this respect. The System Architect role is about making the UK power system function effectively to meet policy objectives determined by governments and to accommodate the behaviour of markets. It is not intended to make decisions or recommendations on broader aspects of energy and environmental policy.

Its role in this regard is as a ‘policy taker’ – defining the system architecture choices necessary to deliver the government’s energy policy objectives, and to create the resilience and flexibility to incorporate policy and technology innovation. There will be occasions where effective technical integration requires attention to commercial and regulatory frameworks, and the System Architect would be expected to identify these and work with government and other parties to address them.

What should happen next?

These proposals are the IET’s current thinking and the IET continues to be open to comments, welcoming debate to build consensus on responses to the challenges. We have already been working with different parts of government, energy regulator Ofgem and the industry to explore the issues and achieve a common view that these proposals need to be developed further.

At this stage, what’s important is that all relevant issues are surfaced so that real progress can be made in forming a consensus understanding of how to move forward. We expect this work to progress over the period up to the national general election in May.

After the British General Election, we would expect government to undertake or commission a more detailed options appraisal, with consultation. This would build on work conducted by stakeholders before the election, and would be likely to include assessment of:

The IET is keen to engage the UK industry in this debate, and keen also to know more about what’s happening in this area in other countries as they face their own energy transformations.