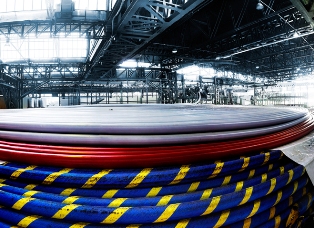 Prysmian Group has been awarded a new major order for a total value of approximately $108m for power transmission system expansion projects, by KAHRAMAA, the Qatar General Electricity & Water Corporation.

The contract comprises engineering, procurement, construction, installation and commissioning services for Extra High Voltage underground cable systems for a total of 173 km of 220 kV cable and related network components, as part of the stage 2 of Phase XI of the Qatar Power Transmission System Expansion project aimed at strengthening the main transmission networks and at securing power supplies to the industrial and residential sectors.

Upgrade includes also replacement of an overhead line with an underground cable system.

The project will be implemented by the Group’s established offices in Qatar, using production from Gron (France) and Livorno (Italy). Installation of the first circuits will start in 2014 and the scheduled completion date is during 2016.

The Qatari project is just one of a number of projects either completed or currently ongoing by Prysmian within the region including the first-ever submarine power transmission link serving Doha, the GCC Saudi-Bahrain submarine interconnection and the 400 kV power transmission system for TRANSCO connecting the Bahia and Saadiyat Grid Stations in Abu Dhabi.