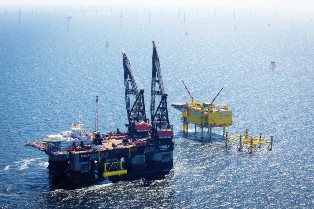 Prysmian says that the 690 MW cable making the connection is operating at the highest commercially available voltage of ± 320 kV DC, along a total route of 130 km – 85 km underwater and 45 km on land.

In addition, HelWin Beta has been connected to the neighbouring platform HelWin Alpha via Prysmian’s Feltoflex HV 155 kV, a new generation of high voltage, rubber insulated cable systems that Prysmian says is “easy to lay even in the harshest climate conditions”.