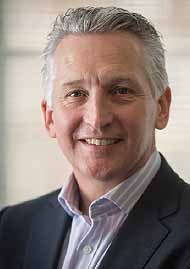 The Department for Energy and Climate Change (DECC) has decided on the preferred bidders for the UK’s smart meter installation. The UK government’s £11.7bn Smart Grid program is expected to help energy customers reduce gas and electricity bills by allowing them to monitor how much they are using through a smart meter in their house.

Capita has won the data and communications company licence, which is valued at £175m.
CGI has been selected as preferred bidder to develop and operate the system controlling the movement of messages to and from smart meters, while the contract is valued at £75m.

In addition, Germserv has been selected for a £10m contract as the bidder for the Smart Energy Code Administrator and Secretariat contract to maintain and update the industry code governing the use of smart meters across the energy industry.

Arqiva has been selected as the preferred bidder to provide the smart metering communications service for northern England and Scotland. Sensus and Arqiva, will provide the long-range radio technology for a private, secure and resilient communications network.

“We identified a company in the US called Sensus and they make this technology and it is proven in North America, they currently have a round 16 million devices deployed on what they call a long range system. Three years ago we brought it to the UK and adapted it for use here as our environment is a bit different with meters often located deep within buildings, which is not the case in North America where they tend to be on the outside of the building.

Whereas the Sensus technology operates at 900 MHz in the US David Green told PEi that Arqiva decided to adapt the technology to use it at 400 MHz and its proven a successful outcome.

“It’s a basic law of physics that as you lower the frequency you get better range and penetration.”

Arqiva’s pedigree is also proven. Its services cover all the terrestrial broadcasting and radio in the UK as well as the country’s Coastguard’s radio communication services.

A highly successful large trial which took place through Scottish Power’s infrastructure in Glasgow sealed the Arqiva’s win. The company deployed 5000 meters there and scored over a 99 per cent success rate, first time every time. That statistic is crucial to the national programme as over five years the energy retailers are going to have to roll out over 50 million meters.

David Green also noted that the company has been fortuitous in that it has just completed a notable nationwide project, held up by the government as the most successful digital infrastructure in the UK so far, freeing up its highly experienced team to participate in the metering venture.

“The timing of this very fortunate for us as that programme has just finished has enabled us to put the same deployment team into smart metering, so we have a high degree of confidence that we can deliver this project on time and within budget.”

The mass rollout of smart meters will start at the end of 2015 and the programme has to be complete by the end of 2020.