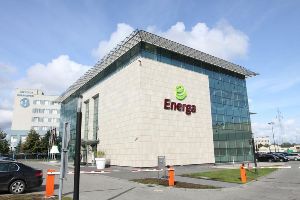 Polish power utility Energa has received a EUR195m ($254m) loan from the European Bank for Reconstruction and Development (EBRD) and local lenders PKO BP and ING Bank Slaski to help fund the modernization of its distribution network.

EBRD will provide half of the long-term corporate loan, while the domestic banks will grant the remainder to the state-controlled utility.

In a statement, the EBRD said: “Similarly to power generation, the Polish electricity distribution assets are also aging and their efficiency is lagging behind the industry’s best standards.”

Energa is due to be floated on the Warsaw bourse as part of the state treasury’s plan to raise 5bn zlotys ($1.5bn) from sales of state assets in 2013.

As part of the initial public offering (IPO) the company also plans to issue new shares worth at least 500m zlotys to raise funds to improve its distribution infrastructure, reports Reuters.

Last month a top executive at EBRD told Reuters that the bank plans to shift its focus in Poland to funding energy projects, and did not rule out EBRD participating in Energa’s upcoming IPO.