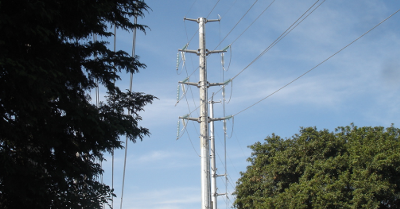 A new power transmission line in Brazil,à‚ developed by Nexans, is set to deliver power to 300,000 people in the Sàƒ£oà‚ Paolo region.

The line between Jandira and Cotia is the world’s first commercial installation of Lo-Sag conductors that use a carbon fibre composite coreà‚ to save weight and double capacity.

Looking at ways to improve the service its offers to the region, a new power transmission line has been built by Eletropaulo (the main utility in the region) with Lo-Sag, an overhead conductor technology from Nexans. This thermally resistant design, based on a carbon fibre core, is both lighter and stronger than conventional conductors, as well as offering double the transmission capacity, the company says.
“This is the world’s first commercial installation of Lo-Sag and is an important landmark that follows the success of trial installations in Brazil and France,” said Sidney Ueda, Product Manager at Nexans Brazil, in an email statement.

He added that the main challenge lay in adapting the solution to the amount of energy transmitted. “There are 21 km of 138 kV conductors used to create 3.5 km of double circuit power transmission line.”

The new power line from Jandira to Cotia allows load relief on existing lines and increased benefits for the region. “Because it is new, it is less susceptible to failures and interruptions in energy supply,” said Amadeu Macedo, Eletropaulo specialist engineer.

In addition to the inhabitants of the region, the line will serve large companies that receive electricity at high voltage, and also the training centre of Sàƒ£o Paulo Football Club, which hosted the Colombia team during the recent world cup.