The positive attitude most Germans have for their municipal utilities – or stadtwerke – could prove key to their country’s transition to a sustainable energy supply.

In Germany, the sale and distribution of power is characterised by the involvement of many municipal firms, or stadtwerke. The 1400 members of their umbrella organisation – the Berlin-based Verband kommunaler Unternehmen (VKU) – sold 55 per cent of electricity used in Germany last year and 68 per cent of the natural gas. Stadtwerke also delivered 70 per cent of drinking water and 50 per cent of direct heating services.

The trust that Germans place in these companies is underscored by a recent poll, which found 81 per cent of respondents had positive feelings about their ‘own’ municipal energy company. In stark contrast, large companies and politicians scored only 26 per cent and 14 per cent, respectively. Energy customers appreciate stadtwerke for offering direct contact with them and common ownership. About 70 per cent of the poll’s respondents felt that privatising them would be a bad idea.

Many stadtwerke own generation facilities and the capacity of these plants – currently only about a tenth of Germany’s total – is set to double by 2020. About 3.5 GW is under construction and another 5 GW is already under planning.

In line with Germany’s ambitious clean energy goals, renewable energy will fuel about a third of the capacity under construction. Cogeneration of heat and power already makes up 63 per cent of the stadtwerke power portfolio. Although Germany currently lags its neighbours Denmark and the Netherlands by generating only an eighth of its electricity through cogeneration, the country aims to double its combined heat and power (CHP) capacity by 2020.

The potential for municipal clean energy

Many experts expect stadtwerke to play a growing role in a shift from fossil fuels and nuclear power towards renewables. Stadtwerke can help build up renewable capacity such as photovoltaic (PV) panels and optimise its output via smart local control systems.

It is already clear that digesters and incinerators for biomass, farm residuals and household waste operate best at a municipal scale. Municipalities have the necessary experience and can accommodate quantities and diversity of materials that digesters at individual farms are often too small to handle without subsidies.

Municipal-scale digester systems are also large enough to achieve levels of efficiency and reliability beyond the smaller units typically installed at farms. In addition, stadtwerke often have district heating distribution systems that can transport heat released during electricity production to customers.

Municipal power utilities could further contribute to transforming Germany’s power sector through installing charge points to help electrify transport. Their cogeneration systems are also well suited to compensating variable output from PV systems and wind turbines. In addition, as stadtwerke are public owned they can make the necessary long-term investments.

Yet stadtwerke – while well qualified for a larger role in energy supply – face inevitable challenges in the shift from fossil fuels to renewable feedstocks. This transition is already creating problems for the German electricity transmission system. In some periods, fluctuating renewable sources sometimes produce hardly any electricity, leaving conventional and nuclear power plants to meet the bulk of electricity needs. But during periods of high wind and strong sunshine, output from wind turbines and roof-mounted PV systems creates congestion in the transmission grid.

Large German central power plants, with output controlled by the transmission system operators (TSOs), are often no longer the main producers of electricity. Yet these big power plants have to maintain the balance between electricity production and consumption to safeguard the 50 Hz frequency.

To compensate for a decline in their frequency control capacity, TSOs are now seeking direct access to stadtwerke distributed generators to manage their output. If stadtwerke lose full control over their generating units, these plants are likely to run for fewer hours and to provide a lower return on investment. Uncertainty over local power plants’ operating hours clearly makes a further expansion of stadtwerke power capacity less attractive.

Users of the electricity transmission system normally pay a fee to the TSOs. Municipal cogeneration systems are currently exempt, as they are designed to deliver electricity to local customers without using high-voltage transmission lines. But German TSOs now want to levy this fee on all grid-connected equipment and legislation to impose this is in preparation. Local generators will also be expected to act like large central generators during contingencies such as short circuits and power plant failures.

Clearing the way for stadtwerke

German engineering ingenuity is likely to overcome these challenges. Stadtwerke are already installing large hot water reservoirs to decouple their CHP systems’ electricity generation and heat production. Storing heat in large water tanks is relatively cheap and very effective. Electricity can thus be produced at high cogeneration efficiency when renewable energy output and demand for heat are both low.

Fear that reduced running hours could cut investment returns on stadtwerke equipment could be relieved by establishing compensation mechanisms for such back-up facilities. Rapid back-up generators for renewable energy sources have a legitimate claim to remuneration and are likely to be a permanent feature of the power system; solutions such as batteries are not expected to cover electricity needs by charging in summer and discharging in darker seasons, so natural gas and biogas remain by far the best long-term energy storage solution. Gas fired equipment also offers outstanding agility for stabilising electricity systems.

Customers have been shown to greatly value the stadtwerke model for providing heat and electricity. Stadtwerke can ensure long-term strategy for a reliable, efficient, environment-friendly, affordable and accountable energy supply. It is to be hoped that national policymakers will understand and appreciate the benefits of the stadtwerke concept and facilitate its further expansion.

Jacob Klimstra will chair a session on the future of stadtwerke power provision on 14 June 2012 at POWER-GEN Europe in Cologne, Germany. 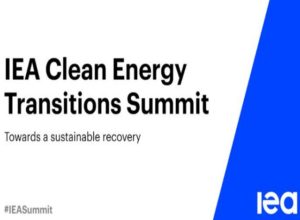