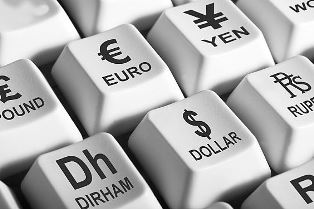 Energy investment of $316bn will be needed in the Middle East and North Africa in the next five years to meet the region’s growing demand for power, according to a new study.

But it warns that the scale of this investment is “beyond the capabilities and resources of any public utility or private power developer”.

The report by the Arab Petroleum Investment Corporation (Apicorp) states that energy project development could be hampered by perceptions of a declining investment environment in the region, due to recent political unrest.

It adds that further challenges are faced because of the availability of fuel in MENA countries and global funding issues in the wake of the financial crisis.

The study says: “Investment of this magnitude offers great opportunities but will not be forthcoming unless key issues are addressed. Among these, three are critical: investment climate improvement, fuel availability and access to funding. The challenges each presents are beyond the capabilities and resources of any public utility or private power developer.”

Apicorp says that energy project investments are likely to grow at a rate of 8.3 per cent annually, adding almost 156 GW to the installed capacity of the MENA region between 2015 and 2019.

Around 43 per cent of that will be created by the Gulf Co-operation Council, which comprises the United Arab Emirates, Qatar, Saudi Arabia, Kuwait, Oman and Bahrain. The report said that 59 per cent of the total power investment will go into generation projects with the remaining 41 per cent invested in transmission and distribution.

The study says that the challenges presented by concerns over fuel, financing and political stability “cannot be resolved without supportive policies in the corresponding areas”.

“First, by improving the investment climate and the enabling environment for private investment; second, by providing the power generation sector with stable and affordable fuel options; and third, fiscal space permitting, by increasing state budget funding of public utilities, which have become the investors of last resort.”

It added that public utilities in most MENA countries have lacked funding in the wake of power sector reforms developed on the assumption that private investors would be forthcoming even in a volatile investment climate.

“It is a regrettable fact that, since the advent of power sector reforms, public utilities have been starved of funds in the belief that private investors will be forthcoming no matter how volatile and uncertain the investment climate turns out to be,” the report said. “Now that these investors are marking time, utilities are increasingly coming under pressure to fill the gap with the promise of more state budget funding.”

“The bottom line is that public utilities will continue to be underfunded as long as they compete for scarce state budget resources,” said the report.

Frederic Ichay of law firm Pinsent Masons said that the MENA region would benefit from increasing renewable energy production in the future.

He said that MENA countries would also be increasingly able to source fossil fuels for project development within the region itself, as increased oil production in the US is likely to lead to lower demand for MENA oil from the US.

“For the last few years the US has increased production of oil, which will lead it to be self-sufficient in terms of energy in a few years,” said Ichay. “This means MENA countries will need to find alternative clients to sell their energy products to, and so will start selling more oil to other MENA countries.

“For foreign investment, the first step is to create a legal and tax environment which will convince foreigners that this is a safe area to invest in. When that happens, the region will attract investment from foreign investors further afield, such as Europe and South America.”