A major contribution to London’s energy sustainability has been made this week, with the launch of the King’s Cross Combined Heat and Power (CHP) Energy Centre, designed and built by Blackburn and London-based sustainable energy experts Vital Energi.

The energy centre will provide sustainable power for the new £2 billion, 67 acre King’s Cross development in central London, which will create eight million square feet of office space, shops, a university and up to 2,000 homes and serviced apartments.

The project will also see the creation of 20 new streets and 10 new major public buildings.  It has already delivered the creation of the largest new street in London for 150 years and the largest public square since Trafalgar Square. The development is so large that it even has its own postcode – N1C.

The concept came about eight to nine years ago and Camden Councillor Phil James who officially opened the facility said it is a significant boost for the borough’s ambitions in reducing carbon emissions by 2020, “an ambitious target given the size of the business sector in Camden.”

The unit itself is coloured a striking pink – in support of a fundraising trip made by the project’s developers for breast cancer research in tandem with the delivery of the equipment to London.

Vital Energi won the contract to design and install the pioneering Combined Heat & Power (CHP) Energy Centre, and completed Phase 2 in January 2014.  The energy centre will provide 100% of the heat and hot water and 80% of the electricity for the entire development.  In addition to the £9 million contract they will also operate and maintain it for the next decade.

King’s Cross is being developed by the King’s Cross Central Limited Partnership which is made up of Argent King’s Cross Ltd, London & Continental Railways Ltd and DHL Supply Chain. Metropolitan King’s Cross Ltd is the energy services company (ESCo) and was charged with the task of delivering sustainable and affordable power and heating to the entire development. 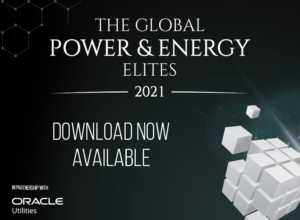