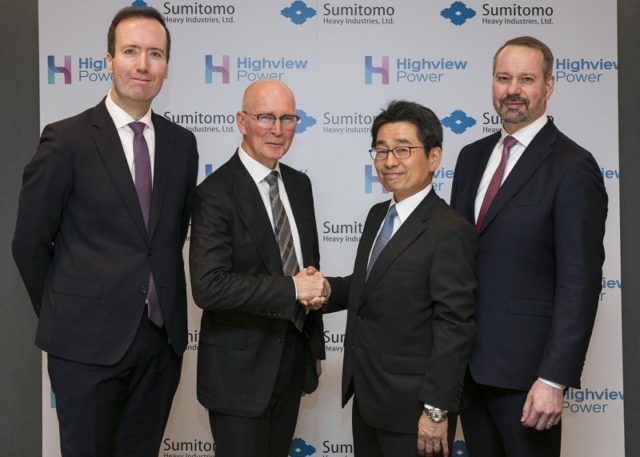 As part of the partnership, SHI has made a $46m investment into Highview Power, which marks SHI’s move into the clean energy storage market.

Highview Power has designed and developed its CRYOBattery, a proprietary cryogenic energy storage system that the company believes will be key to “enable a 100 percent renewable energy future”.

It uses liquid air as the storage medium and can deliver between 20 MW/100 MWh to more than 200 MW/2 GWh of energy and has a lifespan over 30 years.

Under the deal announced today, Highview Power plans to accelerate its global growth initiatives. SHI’s fully-owned subsidiary Sumitomo SHI FW will become SHI’s technology center and hub for the CRYOBattery business, with the intention of expanding the technology’s footprint in Europe, Asia and the Americas.

Shaun Dean, vice-president at SHI, and Tomas Harju-Jeanty, chief executive of SFW, will join the Highview Power board.

Harju-Jeanty said today that “one of the biggest barriers to a carbon-free future has been the ability of renewables to perform as reliably as, and as cost-effectively as traditional fuel sources”.

“Highview Power’s long-duration energy storage technology not only solves the problems that enable dispatchable renewables, but will be a catalyst in bringing the energy transition forward.”

Highview Power president Javier Cavada said: “By partnering with a large technology company with the reputation of SHI, we will be able to benefit from their vast know-how, resources, and operating experience in diversified markets.”