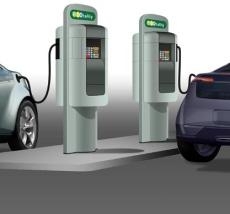 National Grid‘s Future Scenarios report has predicted that up to 18 GW of extra demand for power could be possible by 2050 in the UK, should consumers take to electric vehicles in greater numbers than previously foreseen.

The operator of Britain’s electricity system has analysed the potential impact on demand at busy times of the day, such as after working hours, if forecasts for rapid growth in electric vehicles by 2050 are realised.

FT reports that there are indicators that growth in EVs could accelerate at a greater rate than previously thought, which will have a knock-on effect on the power sector.

Volvo Cars announced last week that every model it makes from 2019 onwards would have an electric motor. France has also set an example to other governments by saying it would ban the sale of petrol and diesel cars by 2040.

National Grid is assuming electric vehicle sales could account for more than 90 per cent of all cars in the UK by 2050, with 1m on Britain’s roads by the early 2020s and as many as 9m by 2030. However, the company stressed that 18 GW of additional demand at peak times would be the most extreme scenario and the burden on Britain’s electricity system could be reduced significantly through technology such as “smart charging”.

Smart chargers power up car batteries at times when electricity networks can cope. Demand for charging could lead to electricity shortages at peak times.

According to National Grid’s “future energy scenarios” report published on Thursday, smart charging could substantially decrease the pressure on the system at peak times, reducing additional demand from electric vehicles to 3.5 GW by 2030 from a potential scenario of 8 GW of additional demand without the technology.

Marcus Stewart, head of energy insights at National Grid, insisted the report should not cause alarm over potential electricity shortages, however. “The scenarios are not predictions, but they aim to be a catalyst for debate, decision making and change, and provide transparency to the wider industry,” he said. “This new era of network operation is exciting and manageable, but it’s important there is investment in smart technologies and electricity infrastructure, and a co-ordinated approach across the whole electricity system.”