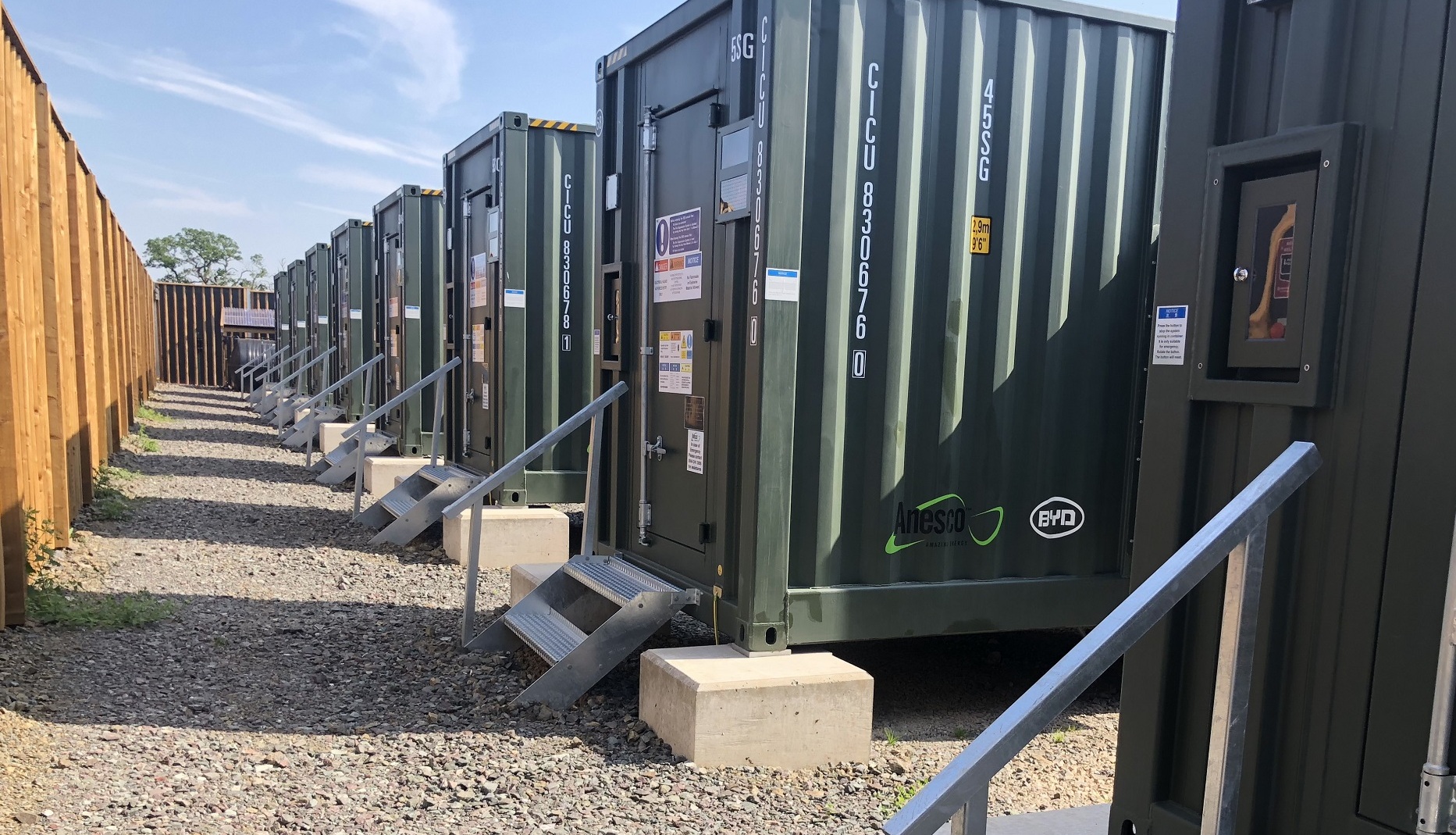 Eelpower bought the Rock Farm storage site from Anesco, which developed and built the facility, which was commissioned last month.

Rock Farm is one of the UK’s largest energy storage schemes and is located near Ludlow in Shropshire. It is grid connected and operated by Western Power Distribution.à‚ It comprises 16 1.25 MW BYD-manufactured storage units.à‚

Eelpower is an independent provider of flexible energy services and has multiple long-term Firm Frequency Response contracts with the UK’s National Grid. à‚

The acquisition of Rock Farm is the seventh in a stable of energy storage assets which Eelpower plans to grow between now and 2022 to deliver a target of 1 GW of storage capacity, at an estimated cost of à‚£500m.

In November last year it acquired a 10 MW storage unit at Leverton in Lincolnshire which was also developed and constructed by Anesco.

And earlier this year, Eelpower co-located storage units at two low-head river hydro schemes in Yorkshire ” the first time in the UK that battery storage has been deployed alongside hydropower schemes. à‚

Eelpower has also acquired two storage schemes that will be commissioned later this year: a 10 MW scheme near Winchester and an 8 MW project in Cumbria. à‚

Eelpower chief executive Mark Simon said its storage ambitions were responding to “the transition to a flexible, decentralized energy system that is moving at pace”.

“We intend to deploy significant battery capacity to provide National Grid and local grid companies with the flexibility that the system needs while building a platform for us to profitably trade electricity.”