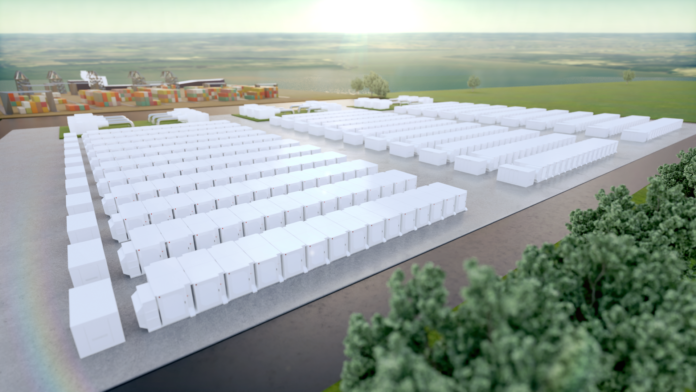 The project is more than ten times the size of the UK’s largest operational battery project and is set to be one of the world’s largest.

It will provide fast-reacting power and system balancing to support the ongoing growth and integration of renewable energy sources and is a significant piece of system architecture critical to the UK’s transition to Net-Zero.à‚

InterGen, which currently supplies around 5% of the UK’s power generating capacity, has been granted consent by the UK’s Department for Business, Energy and Industrial Strategy (BEIS) for a lithium-ion battery energy storage project as part of their Gateway Energy Centre development on the banks of the River Thames in Essex.

When fully charged, the project could power up to 300,000 homes for two hours. However, it will mostly be used to support and stabilise existing electricity supplies by providing fast-reacting power and system balancing.à‚

The UK’s transition to Net Zero

The ongoing growth and integration of renewable energy sources, such as solar and wind, is essential in the UK’s transition to Net Zero by 2050.

However, these energy sources are intermittent, generating only when the sun shines or the wind blows which may not be when power is needed by the grid.

This has led to the significant use of battery energy storage, since these projects can store the renewable energy generated by solar and wind for deployment when the power is most needed.à‚

The scale of the InterGen project is more than ten times the size of the UK’s largest operational battery energy storage project and is set to be one of the world’s largest, therefore representing a significant piece of system architecture critical to the UK’s transition to Net Zero.

Fluence, a Siemens-AES joint venture, is providing the battery energy storage technology based on their Gridstack system. Construction is anticipated to commence in 2022, with operation of the project anticipated by 2024.

Additionally, InterGen are looking to progress another battery energy storage project as part of their Spalding Energy Expansion development in Lincolnshire. This project will have a capacity of 175 MW / 350 MWh and has already been granted consent by BEIS.à‚ à‚

For context, the world’s largest operational battery energy storage project is LS Power’s Californian Gateway project with a capacity of 230 MW / 230 MWh, with an expansion of 250 MW / 250MWh currently underway. Additional similar development projects are located in Australia, the USA and Saudi Arabia, with target capacities of up to 400 MW / 1.6 GWh.

Ramboll’s personnel have supported InterGen on both the Gateway Energy Centre and Spalding Energy Expansion developments since their inception. Since 2014, Ramboll has provided engineering and environmental consultancy services for the consents to allow for the battery energy storage elements. Ramboll’s support has been significant in the successful consenting of the projects, which have included testing of UK regulations and Government guidance for these ‘first-of-a-kind’ development projects.

Facebook
Twitter
Linkedin
Previous articleWhat will it take in 2021 to push utilities over the grid edge?
Next articleEU announces funding for four next-gen clean energy solutions