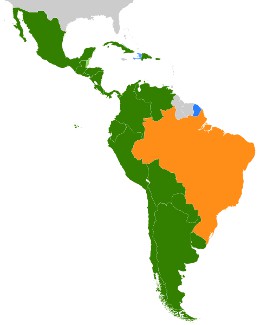 A report that focuses on Latin America and the Caribbean states that unless the region better integrates its energy markets, countries will find it difficult to cope with projected demand.

According to a World Energy Council (WEC) report to be presented today at an event organised by the Colombian member committee of the WEC (COCME), the Latin zone must optimise its energy supply options nationally and across the region in order to support the needs of its growing economies and increasing population,

The report, “World Energy Scenarios: Composing energy futures to 2050”, finds that meeting the Latin America and Caribbean (LAC) region’s growth in energy demand will be a significant challenge.

“Our study finds that even in the best case, the growth of energy supply in the region will still be insufficient to meet the rising energy demand associated with economic growth,” says Professor Karl Rose, Senior Director of the WEC study, who presents the findings today at the WEC Colombia event.

In the Jazz scenario, there is greater consumer focus on achieving energy access, affordability, and quality of supply with the use of best-available energy sources. Under this scenario, by 2050, the LAC region’s economy will be 4.5 times larger than in 2010 (in terms of trillion US$ GDP in 2010 figures), while total primary energy supply will grow by 2.3 times.

In the Symphony scenario, there is voter consensus on driving environmental sustainability and energy security through corresponding practices and policies. In this scenario, by 2050, the LAC regional economy will grow less significantly, by nearly 3.8 times, while total primary energy supply will grow by nearly 1.8 times.

Commenting on the report’s findings, Karl Rose says that optimising the region’s energy market structure will be crucial to solving the gap in demand and supply.

“Latin America and Caribbean region have a fragmented energy market,” he says. “This fragmentation has been hindering the effective use of energy resources nationally and across the region, and has compromised the competitiveness of national energy markets.”

“The region will continue to struggle with energy supply problems unless concrete measures are made to integrate its energy markets,” he says.

Meeting the future energy demand in electricity alone will require between $1.33 trn to $1.36 trn of cumulative investment from 2010 to 2050.