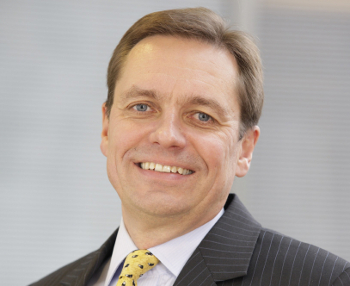 Mr Kari Hietanen, Executive Vice President at Wärtsilä Corporation, has been appointed President of the European Engine Power Plants Association (EUGINE).
The objective of the newly established group is to accelerate the acceptance of engine power plant technology as an essential and value adding energy source in Europe.

The association of European manufacturers of engine power plants comprises of 14 founding corporate members, which acts as the voice of the industry in regulatory and policy matters relating to energy.

EUGINE aims to ensure that engine power plants are considered a viable and competitive solution for providing flexible energy, and that such flexibility is recognized and rewarded in the energy market.

In a statement the group says it is responding to a changing European energy market, where the amount of intermittent power generation is on the rise as a result of the increasing penetration of variable renewable generation into the system.

“Flexible power generation is needed, not only to enable more renewable energy, but also to optimize the total European power system. Engine power plant technology needs to be seen as a truly viable and optimal solution for providing flexible power generation, which is a prerequisite for a sustainable and modern European energy system. New market designs to reward and incentivize investments in flexible capacity are needed in order to provide the required flexibility in the most economic way,” says Kari Hietanen.