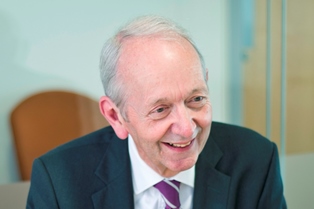 The UK’s ‘Big Six‘ energy companies (Centrica, EDF Energy, E.ON, RWE npower, Scottish Power and SSE) will have breathed a sigh of relief following the release of the preliminary findings of the Competition and Markets Authority’s (CMA) investigation into the UK’s energy market, which found “no evidence” that vertically-integrated companies were distorting the market and preventing new market entrants.

Furthermore, the CMA found no indication that the ‘Big Six’ suppliers had collaborated on price setting, an accusation often levelled at them by the British press.

However, it was not all good news for the UK’s electricity and gas suppliers.

In the course of its investigation, the CMA calculated that retail consumers had paid à‚£1.2bn (US$1.85bn) more than they “needed to or should have done” between 2009 and 2013.

In its survey of more than 7000 retail and SME customers, the biggest survey ever conducted in the market, the CMA found significant customer disengagement ” more than 34% of respondents had never considered switching supplier or tariff.

Speaking at a press briefing, Roger Whitcomb OBE (pictured), the chairman of the energy market investigation, said that this meant that the UK’s energy suppliers had total market power over what he described as these “inactive customers” and that the companies had exploited this apathy to their commercial benefit.

In response, Lawrence Slade, chief executive of Energy UK, which represents the major suppliers, said, “Customers have not been overcharged but money may still be saved when people shop around for deals that suit their individual circumstances,” said of Energy UK.

In an effort to protect these ‘inactive customers’ Witcomb expects the CMA to make it a requirement when it publishes it full report, following consultation on its recommendations, in late December, to introduce a transitional price cap on the default tariff, also known as the Standard Variable Tariff (SVT).

Although Witcomb admitted the details still had to be worked out, he indicated that this price cap is likely to be in the region of 5% below the current SVT, which would represent an annual saving of à‚£50 per SVT customer.

He also went to great pains to lengths to say this measure should not be seen as price regulation and would not impact on the competitiveness of the market.

Although the CMA sees this price ceiling as transitional Witcomb was unable to confirm how long it could be in place, rather, he said: “The measure would be in place until the market was working properly” – where there was greater customer engagement.

The CMA’s preliminary findings also indicated that the UK’s smart meter roll-out programme had an important role to pay in engaging consumers.

It is likely its final report will recommend the government’s current smart meter roll-out programme is accelerated (currently due to be completed by the end of 2020) and that current pre-payment customers are prioritized for installation ” currently 300,000 pre-payment meters are installed each year.

In June last year, Ofgem ( the Gas and Electricity Markets Authority) referred how energy is supplied and acquired in the UK to the CMA for investigation, which is a legal process.