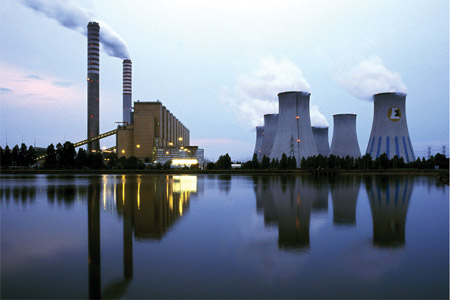 Thermal power has entered a period of fundamental change in which a question mark hangs over its future. However, Niina Honkasalo of Eurelectric argues that the sector’s evolving existence is crucial for Europe’s electricity stability and sets out what needs to be done to make thermal a key pillar of the future energy system

The European power sector is undergoing radical change. The decades-old architecture of large generators located in relatively few locations and mainly run on fossil fuels, nuclear and hydro is being transformed as renewable power generation, distributed generation and demand response come to play an increasing role.

Electricity customers are becoming prosumers, and emerging value pools further down the electricity value chain – that is, closer to customers – are becoming increasingly central to the business. In the meantime, the system has witnessed a rapid increase in renewables with low variable cost, while the economic crisis has reduced demand.

Taken together, these two developments have seriously affected the business case for power generation. Wholesale prices have fallen and running hours of thermal generation have decreased.

Yet thermal generation remains necessary to complement variable renewable power generation and ensure continued security of supply. In most European countries, the growth in renewable generation is largely driven by wind and solar.

In 2013, the share of variable renewables generation represented at least a quarter of the total electricity produced in three EU countries (Denmark, Portugal, and Spain), whilst in five other EU countries (Ireland, Latvia, Greece, Germany and Italy) it made up 10-20 per cent of production.

In windy and sunny hours, a major share of electricity will be produced from such sources. However, the overall need for dispatchable generating plants (thermal generation, hydropower and nuclear power) that can adjust their power output on demand is unlikely to decrease significantly in the near future. While demand response and storage are expected to play a growing role in balancing electricity demand and supply, firm capacity such as thermal generation will continue to be needed in the coming decades.

Thermal generation is also needed to maintain system stability, a key element of security of power supply. The stability of the transmission system is at risk particularly in times of sudden and unexpected generation loss or network fault. In these situations thermal generation is crucial: thermal plants provide vital system services such as inertial response or fast frequency power recovery that help stabilize the power network.

Thermal generation also has a specific role to play on islands, where the small size of the system and increasing share of variable renewables places high demands on the flexibility of power generation capacity.

That said, different EU member states have different starting points and will experience different developments going forward. The increase in renewable energies and distributed generation will vary considerably, depending on the potential for renewables or other low-carbon technologies such as nuclear power, as well as the configuration of the power systems. Furthermore, some member states have considerable potential for reducing emissions by using bioenergy in thermal generation and deploying CHP technologies. In short, some member states will rely upon thermal generation more heavily than others.

Adapting to new rules of the game

It is obvious that thermal power generation has entered a period of fundamental change in which thermal generators must adjust to the “new rules of the game” by providing new services and by improving their environmental performance, efficiency, flexibility and competitiveness. Indeed, a “do-nothing strategy” could not only be damaging for thermal generators, but also unfortunate for the power system as a whole.

In Eurelectric’s view, thermal generation should retain its competitiveness in the challenging market and political environment by transforming and adapting to the new rules of the game, shifting away from baseload generation towards flexible/backup generation and system service provision.

There are a variety of opportunities for thermal generation to make the most of its potential as a key pillar of the future energy system. Technological advancements have resulted in more efficient thermal units, which can substantially reduce emissions of CO2 and atmospheric pollutants, as does the development of combined heat and power (CHP) in areas with sufficient demand for industrial steam or district heating and cooling.

Biomass- or biogas-fired thermal plants can bring more renewable electricity to power systems. Moreover, carbon capture and storage (CCS) could allow thermal generation to become increasingly CO2-free. CCS is a proven technology, but the full CCS chain from capture to storage still needs to be demonstrated in Europe on an industrial scale to ensure that it is technically and financially feasible, and to facilitate early deployment. Unfortunately, progress in Europe in this area has been much slower than anticipated.

As a consequence of its changing role, the critical performance requirements of conventional power generation are shifting. Previously, thermal plants focused on high conversion efficiencies to minimize marginal operating costs.

However, their new role requires, above all, high flexibility and reliability, as well as low CAPEX to minimize fixed costs. Thermal power plants must be capable of operating in cycling modes with a large number of startups and shutdowns and frequent load changes.

Such operating modes are associated with additional costs and may damage equipment. The availability and reliability of conventional power plants need to be enhanced to make them suitable for such new operating modes. In addition, highly flexible thermal technologies are needed.

The existing thermal capacity requires special attention to ensure that it can contribute to decarbonization and security of supply under operating conditions that differ from the original design criteria. Operational performance can be improved in various ways.

For instance, CCGT and gas turbines can be converted to operate as flexible and backup capacity. Optimized planning and maintenance can improve availability and reliability, making thermal plants fit for new operational patterns. Retrofitting heat storage and power-to-heat installations allows CHP plants to boost their flexibility. Finally, thermal generators can provide ancillary services such as frequency and voltage control support or black start.

At the same time thermal generation, especially gas-fired plant, is facing severe economic difficulties in many European countries. Thermal plants today are running far fewer hours than anticipated. At the same time, they are facing increasing costs as they adjust to new environmental regulation and new EU network codes, as well as more demanding operating patterns that raise technical challenges and increase emissions per unit of electricity produced. Rebuilding a business case in this context will not be easy.

Enabling the new role for thermal

This is where energy policies and regulation come in. They, in addition to the power sector’s ability to evolve and innovate, will largely determine the extent to which thermal generation will be able to play its role in this new environment. We see five main areas of relevance for thermal generation.

First, the policy framework for decarbonizing power generation will have major consequences for the power market and the operation of the power system. In this respect, a swift strengthening of the EU Emissions Trading System (ETS) combined with the gradual phase-out of energy subsidies is crucial. The EU ETS is Europe-wide and technology-neutral, and thus the suitable instrument for driving cost-effective emission reductions across technologies. Within thermal generation, a strong carbon price signal can induce modernization to improve energy efficiency and the deployment of CHP technology.

A strong carbon price signal is also needed to improve the investment climate for nuclear power and provide a stronger long-term signal for the development of CCS. At current emission allowance price levels, the influence of the EU ETS as a driver for decarbonization is very limited. Change is urgently needed.

Second, proper electricity market design is a key enabler for a cost-effective power sector transition and security of supply.

Given the pace of change and increasing market uncertainty, current power markets will most likely need to adapt in specific ways to successfully meet the challenges posed by growing shares of variable generation.

To this end, the development of the EU-wide internal electricity market should be accelerated. In addition, the market model should be adapted to ensure that it not only values energy, but also flexibility and capacity.

Flexibility should be priced through improved day-ahead, intraday, balancing and ancillary services markets. In the interest of cost-efficiency, all different sources of flexibility such as generation, storage, demand response and cross-border participation should be used. The choice of the best compatible technology should be left to the market, and thermal generation should compete on a level playing field with other providers of flexibility.

Moreover, in many markets the introduction of a capacity element has become increasingly important. Eurelectric recognizes that properly designed technology-neutral capacity markets, whether centralized or decentralized, will probably be an integral part of a future market design.

Market participants who optimize their performance across these competitive markets will be the most successful while delivering the most cost-efficient market outcome. The lifetime of power generation capacity is generally several decades, and investments ensuring long-term system adequacy would benefit from long-term and stable investment signals.

Third, in addition to developing the power market, investments in network infrastructure will be necessary. Grid extension is needed to integrate renewable electricity, increase competition, optimize system dimensioning, and connect different balancing areas. This will make it easier to share flexibility resources provided by thermal generation and other technologies.

Fourth, as the share of variable generation continues to grow, future power systems are likely to pose stricter requirements on thermal generation to ensure security of supply and system stability.

However, to reduce costs for end consumers, network codes should ensure that the most cost-efficient solutions are applied. In some cases, for instance, grids can ensure system stability at lower cost than power generation.

A final point concerns environmental regulation. Such regulation supports power generators in improving their environmental performance, but it is also a cost factor and needs to be aligned with other policy goals such as security of supply and competitiveness.

Combustion plants have significantly reduced their emissions of NOx, SO2 and particulates over the past 25 years. Further reductions can be expected from the implementation of the Industrial Emissions Directive, the proposed Medium Combustion Plant Directive and the mandatory cyclic emissions improvement process based on Best Available Techniques (BAT). At the same time, emissions will be influenced by the changing operational regimes of thermal plants, and this needs to be taken into consideration when setting legally binding emission levels.

Regulation needs to recognize that there are trade-offs between different aspects of environmental performance. Moreover, energy and environmental policies could be better integrated.

One example which is particularly relevant for thermal plant is the interaction between EU water policy and the low-carbon agenda. Like many other technical choices in power plants, the choice of cooling system has environmental and wider socio-economic consequences, for instance regarding thermal efficiency, greenhouse gas emissions and air quality.

As this is not sufficiently recognized in the EU’s water policy, water-cooled plant could face restrictions based on water considerations alone. These could in turn be detrimental to security of supply and to progress in improving thermal conversion efficiency and the deployment of crucial low-carbon technologies, including nuclear power and CCS.

In sum, the regulatory framework – including, but not limited to, market design, network codes, environmental regulation, and grid investment incentives – has a fundamental impact on the future of thermal generation in Europe. Getting this framework right will be indispensable in ensuring that thermal generation can play its continued vital role in tomorrow’s changed energy system.