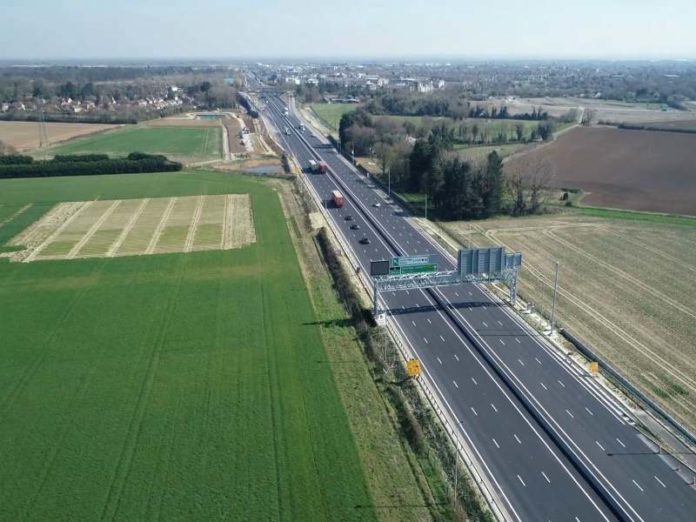 Last month the à‚£1.5 billion A14 Cambridge to Huntingdon scheme was completed six months ahead of schedule, providing improved links between the East of England, the Midlands and the North.

The ash from Drax Power Station, in North Yorkshire, was a key ingredient in the project’s concrete structures. Power Minerals Ltd (PML), which has a team based at the power station marketing the station’s ash stockpile, partnered with concrete firm Mick George to supply the road scheme.

Major construction and development projects that use PML’s ash in their concrete boast better ‘green’ credentials, as the cement manufacturing process uses significantly less energy. Using power station ash to make concrete also protects the environment, by removing the need to mine fresh aggregate from the countryside.

“The success of the A14 scheme shows what the UK’s construction sector is capable of, when it works as one to achieve a common goal,” said Nigel Waldron, Managing Director of PML.

“Our long-standing relationship with Drax and our partnership with Mick George was just one part of a collective industry-wide effort that has resulted in the A14 project coming in before time and on budget.

“Infrastructure projects can play a major part in restarting the UK’s economy post-Coronavirus, and this project, which was the biggest road building scheme in the UK, is a prime example of what can be achieved by industry working across the sectors.”

In February, Drax announced that it would stop using coal in March next year as part of its ambition to become a carbon negative company by 2030 by pioneering Bioenergy with Carbon Capture and Storage (BECCS) technology.

This means it will remove more carbon dioxide from the atmosphere than is produced across its operations. Over the last decade four of the power station’s six generating units have been converted to use sustainable biomass and now produce 12% of the UK’s renewable energy. This has transformed Drax to become the UK’s largest renewable power generator and is the biggest decarbonisation project in Europe.

Mike Maudsley, Drax Group’s UK Portfolio Generation Director, said: “Ending the use of coal at Drax next year will be a landmark moment in achieving our world-leading ambition to become a carbon negative company by 2030.

“The use of our ash in this major construction project will leave a lasting legacy in the communities it has helped to connect across the A14 long-after coal generation comes to an end at the power station.”

The à‚£1.5 billion A14 Cambridge to Huntingdon scheme took four years to complete, upgrading 21 miles of road to transform journeys on the A14 in Cambridgeshire, shaving up to 20 minutes off journeys and strengthening links between the North, the Midlands and the East of England.