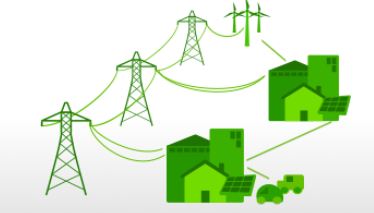 The chief challenges facing the UK’s utilities over the coming decade formed much of the morning’s content at the Future of Utilities conference in London on Tuesday.

Phil Jones of Northern Power Grid told delegates it was time to bring an end to “the passive network control paradigm through the creation of a smarter power grid.”

He said the system was no longer going to be ‘passive and top down and was going to have to be more participative.”

He also emphasised how important it was for his company to be prepared for the challenge of installing smart meters, which although low technology in character, had the potential to be problematic due to the scale involved and number of interjections the typical consumer could face.

He said it would represent a huge missed opportunity if the company was unable to provide a quality customer service experience when introducing smart technology.

Chris Lewis of EY told the audience that the UK will build new capacity and that there was confidence that the new energy policy would address the gap in expectations of returns, as well as encourage new investors.

“Infrastructure will lead post-austerity growth and there will be a large increase in energy infrastructure, much of which will be led by the private sector. The 2013 Pipeline includes 646 projects with a combined value of £377bn, a massive increase in the level of investment, with energy taking the bulk of that project space.

He predicted that those who would be successful in the new era would include those who would cope with a more complex financial infrastructure. Also it would be a landscape dominated by multi-stakeholder organisations and of course those who could innovate to increase availability and reduce costs would be rewarded. “The winners will be those who can adapt best,” he said.

Other challenges mentioned the need for greater engagement with the public in terms of growing awareness of the cost of energy in the future, according to Paul Massara, CEO of RWE (FWB: RWE) npower: “The analogy I often use is that you wouldn’t walk out of room and leave a tap running, but we often leave the lights on.”

Steve Mogford, CEO of United Utilities said that his company were trying to learn from other sectors in how best to position itself for a more data driven future. “We hired what I would term a director of curiosity to go out and look at what the water companies and other sectors are thinking and whether there is anything out there that we can steal.”