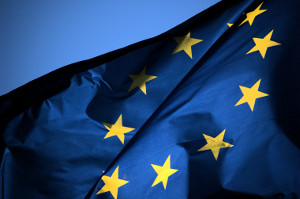 In a first move toward realizing its newly-announced Energy Union strategy, the European Commission has launched a €100m (£110m) initiative aimed at connecting the EU’s power networks.

Under the new Connecting Europe Facility (CEF), the Commission has called for proposals aimed at “ending energy isolation, eliminating energy bottlenecks and to complete the European energy market,” it said in a statement.

A total of €650m in grants is expected to be made available in 2015, with a second call for proposals planned by the end of the year.

The deadline for applications is 29 April, with decisions expected on the proposals by mid-July.

The Commission’s goal is for cross-border power links to equal at least 10 per cent of each member state’s power generation capacity by 2020, and 15 per cent by 2030. The 10 per cent target, first envisioned in 2002, has so far remained out of reach, with 12 member states (Ireland, Italy, Romania, Portugal, Estonia, Lithuania, Latvia, the UK, Spain, Poland, Cyprus and Malta) still below that figure.

Miguel Arias Cañete, Commissioner for Climate Action and Energy, said: “We need major investments to make our energy grid fit for the future. This funding is an investment opportunity to build a competitive, sustainable and secure energy market, and ultimately bring the benefits into our homes and businesses.”

According to EU estimates, around €105bn will be required to upgrade Europe’s aging electricity infrastructure, with €35bn needed for cross-border interconnections.