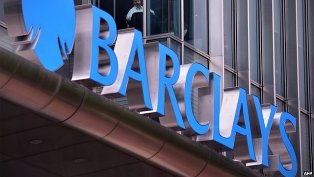 A report by Barclays has forecast that the 46,000MW of black and brown coal-fired power generation currently in service in Germany will be worthless by 2030 if Berlin sticks to the targets announced at the Paris climate change conference.

Leading energy analyst Mark Lewis says only the complete elimination of the country’s coal power resources would enable the target to be met in a scenario that would require a substantial carbon price (€45/t) and the end to the current energy market design.

“The implications of our analysis … of the German power sector – especially when taken together with Germany’s own 2030 targets for energy efficiency and renewable energy – are that very little coal and lignite could run by 2030,” Lewis writes.

Gas displaces coal and lignite over the decade while coal and lignite plants see lower average utilization rates and shorter average operating lives, with what little plant is running by the end of the next decade pushed to the margin.

In Germany, under current policies, total generation will reduce by 15 per cent under energy efficiency measures and its target for 50 per cent renewables.

To meet the emissions goals, however, that remaining fossil fuel generation will have to come nearly exclusively from gas, meaning a carbon price is required to upturn the “merit order”. Currently, the lack of a carbon price and the presence of cheap coal means that gas fired generation is marginalised.

Lewis says by 2030, the energy system will comprise renewable generation backed up by energy storage and sophisticated demand-side responses facilitated by smart-grid technologies.

“It will still be some time before we reach that world and before the last half hour of competitively priced power is dispatched,” he notes.

He further predicts that only a handful of coal plants would still be operating by 2030 – the Datteln 4 (1.1GW) and Maasvlakte 3 (1.1GW), and the Westfalen E (765MW) hard coal plants, all of which have very high efficiency rates of 46 per cent.

The only lignite plant still running would be the BoA 2 & 3 units at Neurath (2.1GW), which have a very efficiency rate for lignite plant of 43 per cent.

What will it take in 2021 to push utilities over the grid edge?