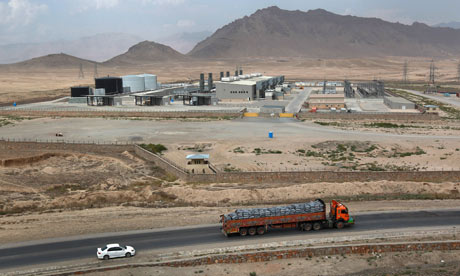 A power plant in Afghanistan has drawn criticism from the US government after a recent audit.

The 105 MW diesel-fired Tarakhil plant, located outside Kabul, was built by US-based contractor Black &Veatch at a cost of $300m. The project was overseen by the United States Agency for International Development (USAID).

In its Review of Sustainability Operations audit report, USAID said the plant, designed for baseload operation, is being “severely underused”, generating only 2 per cent of its recommended 90 per cent capacity, or 63 GWh from July 2010 to December 2013.

A USAID spokesperson said this week that the plant is being used as a critical backup and peaking facility for Kabul, especially during high-demand periods in winter, and that this has helped the city avoid severe blackouts.

However, US Senator Claire McCaskill, head of a Congressional subcommittee which oversees government contracts, said in a letter to USAID that “The power plant operates only as an emergency power source and its generators sit idle most of the time. Worse, this limited use is actually damaging to plant equipment and, over time, could lead to catastrophic failure.”

McCaskill asked that USAID provide all documentation related to the project, including contracts, expenses, work orders and all communications, as well as a proposal for a more economical fuel supply.

The audit also said the training given by Black & Veatch to the Afghan staff “did not adequately prepare” them to run the plant. Problems included chronically malfunctioning computer systems, which USAID said the staff had not been taught to fix.