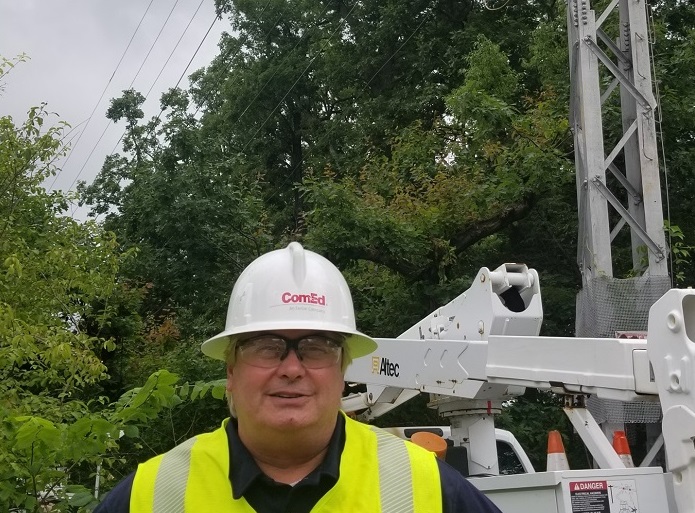 Think of them as the four dials on a proverbial utility clock: Top of the hour grid reliability, quarter past intermittent renewables, climate change at the bottom and cost efficiency on the left-hand side.

Power sector transformation is a nice catchphrase, but it’s a time-consuming, thorny and irresistible matter for those who must keep the electricity running. Commonwealth Edison president and COO Terry Donnelly visited with Power Engineering recently to discuss some of these timely challenges.

Donnelly grew up in a utility family and has spent a large part of his career with the company. He has been president since 2018.

ComEd, a Chicago-based utility within the Exelon Corp. family, is Illinois’ biggest electricity provider with more than 4 million customers. It takes its power from the competitive PJM market.

Eight years and about $2.6bn later, ComEd has nearly completed the first phase of its grid modernization plan. Those improvements include advanced metering infrastructure, T&D upgrades and next-gen control technologies.

The result, he said, is eight consecutive years of performance improvement on metrics such as outage duration, outage frequency and energy efficiency while incorporating more and more carbon-free energy, whether it’s nuclear or renewables.

It’s been successful, but it ain’t been busy.

“We’re trying to transform a power grid, especially one as complex and vast as ComEdà¢€¦and trying to do that while it’s working,” Donnelly told Power Engineering. “You are arm wrestling and investing that energized grid into the future.”

Keeping the lights on while inviting a rising portion penetration of renewables and combating weather changes requires real-time situational awareness, which in turn requires a whole new set of digital tools from what Donnelly’s forebearers possessed.

“We’ve improved reliability 70 percent, and 2019 was the best on record,” he noted. Even so, the system still requires countless upgrades for poles and wires to withstand a more dramatic weather environment.

This is one way that ComEd is looking into the future, Donnelly said. Others include investing in next-gen, decentralized energy options such as microgrids and, perhaps more importantly, putting stock in the next generation of a potential workforce.

For the latter, ComEd offers numerous Chicago-area programs reaching out to all students, with special emphasis on STEM education for minorities and women. The company offers a Solar Spotlight, an Icebox Derby solar-powered race, the Dawson Tech training program for future linemen and an energy academy at Dunbar Vocational High School in the Bronzeville neighborhood.

“It’s absolutely critical,” Donnelly said, noting the “premium on having a workforce development program in line with the suite of technology investments.”

And it’s not just serendipity that ComEd has placed its truly unique Bronzeville Microgrid Cluster project in that area. Bronzeville, a collaborative effort including U.S. Department of Energy support and the Illinois Institute of Technology, has several microgrids which will be ultimately connected with an array of utility-owned energy storage, utility-scale and rooftop solar, as well as on-site power.

The microgrid is an intriguing concept to mission-critical services such as public safety and hospitals, but it is not without significant headwinds both in financial and technical feasibility terms. ComEd and Illinois Tech are achieving significant progress with their microgrids and also dealing with the challenges.

Phase two is coming with the promise of full islanding capabilities, Donnelly noted. Islanding allows electrical service to continue within a microgrid even if the utility system is otherwise down or disconnected.

And this is where the roads of grid advancement and community outreach intersect each other. Having a microgrid cluster in Bronzeville provides a “living laboratory” for cutting-edge electricity technologies that is accessible to young students interested in STEM careers.

ComEd is learning more about microgrid interaction even as students are. Donnelly is good with that.

“They can’t be just technical investments anymore,” he said. “They have to be in the community where you’re hoping to nurture the benefits of technology.”

Contributor: Rod Walton is content director for Power Engineering and POWERGEN International happening December 8-10 in Orlando, Florida. He can be reached at 918-831-9177 and rod.walton@clarionevents.com).