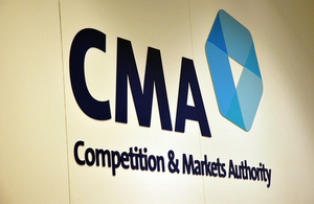 The initial findings of a long-awaited report by the UK Competition and Markets Authority (CMA) into the British energy market have been published today.

And while the report concludes that most consumers are paying too much for their electricity, it does not throw up any obstacles for the planning and investment in new generation.

The provisional report – the full details will be published later this week – highlights a “range of problems hindering competition in the market, including the extent to which consumers are engaged in the market and shortcomings in regulation and the ability to deliver change across the market”.

It also calls for “a coherent and transparent approach to responsibilities and policy implementation by those overseeing the industry”.

The report looked in detail at the activities of the so-called ‘Big Six’ energy firms – Centrica, EDF Energy, E.ON, RWE npower, SSE, and Scottish Power – which together supply energy to around 90 per cent of domestic customers in the UK and generate over 70 per cent of total electricity generation in the country.

It found that electricity prices have risen by around 75 per cent and gas prices by around 125 per cent in the last decade. It states that “much of the recent increases are down to increased environmental and related network investment costs. Future energy prices will be heavily influenced by decisions being made about investment in generation capacity and renewables”.

The CMA found that the government’s approach to both of these “is a very positive step to ensure that decisions can be taken which provide value for money to consumers. However, the additional costs for bills can be considerable when a competitive process is not used.”

Despite concluding that “millions of customers paying too much for their energy bills”, the CMA has provisionally found that competition in the wholesale gas and electricity generation markets “works well, and the presence of vertically integrated firms does not have a detrimental impact on competition”.

It has also found that there is no strong case for returning to the old ‘pool’ system for the wholesale electricity market.

However Roger Witcomb (pictured), chairman of the investigation, said that the CMA was “concerned about the impact of the high cost of low carbon electricity”.

He said that “while absolutely not disputing the need to move towards cleaner forms of energy, the move will have a significant impact on bills, and we need to ensure that the process of bringing clean electricity into the market is carried out efficiently and transparently and at the lowest possible cost”.

He said the CMA had been able to “shine a light on all the different areas of this market and identify which parts are working well and where the problems are. We now want to focus on what we can do to tackle the problems we have provisionally found.”

Witcomb said he wanted to “look at ways we can make customers more active. Smart meters have the potential to transform customer understanding and engagement and their speedier introduction could have particular benefits for prepayment customers, who undoubtedly get the worst of things at present. We want to look at technical and regulatory reforms further up the chain that could also benefit competition and the customer.”

Chris Lewis, Energy Advisory Partner at EY, analysed the impact of the report on energy generation in the UK and said: “For a while investors looking to move into the UK energy market have been on standby waiting for the clouds of uncertainty from May’s election and from the CMA impact on generation to clear.

“Now that we can see that the CMA doesn’t impact existing or new generation, it is time for less planning and more action. The UK needs investment in its energy infrastructure, such as nuclear, and the case for unlocking that investment has never been clearer.”