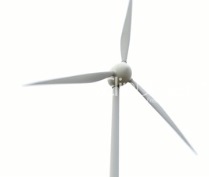 However the study stresses that global windpower growth will begin to level off by 2015, with annual installations peaking at 56.8 GW in 2022.

The report from research GlobalData staes that China’s “windpower landscape in 2025 will be dominated by onshore capacity, which will account for 334.7 GW, representing just over 96 per cent of all installations, with offshore wind accounting for a mere 12.4 GW of installed capacity”.

Nagatham said: “The slowdown has been caused by the inability of China’s underdeveloped electrical grid to accommodate the increasing number of wind turbines in remote areas.

“Although recent government efforts have supported the expansion and upgrade of the grid, future annual wind installations will not grow as much as before and will range between 20 GW and 22 GW each year during the next decade.”

Despite China’s relatively slow market, the report finds that global wind installations will continue expanding to reach 962.6 GW by end of the forecast period, driven primarily by the Asia-Pacific region.

Nagatham added: “There will be sustainable future growth in India, Australia, Japan, South Korea, the Philippines, Thailand, and Taiwan, as Asia-Pacific wind installations are forecast to increase from 148.2 GW in 2014 to 437.8 GW by 2025, accounting for approximately 45.5 per cent of the global total.

“Wind installations will also gain momentum in South and Central America, with countries including Argentina, Brazil, Chile, Colombia, and Mexico adding up to 45.6 GW during the forecast period.

“The Middle East and Africa region, which is presently at a nascent stage of wind market development, will be the other significant contributor to capacity additions.”