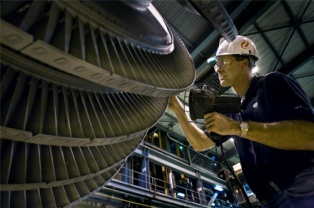 With 100 days to go until the General Election in the UK, a new study has found that boosting training in engineering should be a focus in all the 2015 party political manifestos if the UK is to keep pace with international competition.

Engineering recruitment company Matchtech surveyed of more than 3500 British engineers and found that only around one-in-four (26 per cent) believe government actions to encourage engineering innovation and investment to rebalance the economy are working, while 41 per cent believe they are having little impact.

Instead, engineers are calling on the parties to focus on training and creating a new generation of talent to sustain an engineering recovery.

More than a quarter want to see politicians setting out a clear energy infrastructure strategy for the UK, with 25 per cent also wanting increased infrastructure investment as a foundation for future economic growth.

A fifth also want to see political manifestos committing to greater tax breaks and subsidies for organisations investing in engineering and industrial R&D.

More than two fifths (41 per cent) of engineers want to see greater investment in science, technology, engineering, and mathematics apprenticeship schemes, with more than a quarter wanting reduced university fees or greater financial support for those studying STEM subjects.

Matchtech managing director Keith Lewis said: “While UK industrial and engineering businesses have shown good growth, momentum must be maintained if this vital sector is to prosper in the long term. At present, the looming skills shortage and inadequate number of people choosing to train as engineers is a major worry and we urge all political parties to take bold steps to address this in their manifestos.”