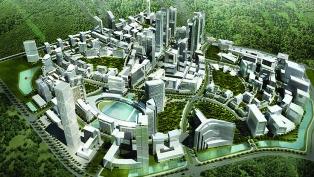 Annual investment in smart city technology in the Asia Pacific region will quadruple in the next decade according to a new report.

The study from Navigant Research predicts that the money ploughed into smart city technology will rise from $3bn this year to $11.3bn in 2023.

Eric Woods, research director at Navigant, said: “For many cities in the developed western world, the adoption of smart cities approaches is a choice: for officials in the mega-cities of Asia Pacific, it is a necessity.

“The list of problems facing contemporary city dwellers in the region includes stressed city finances, inadequate infrastructure, rising energy costs, congested transportation, and competition for global investment and skilled labour.à‚  Emerging intelligent systems, however, promise solutions, and cities across the region are starting to implement them.”

The Navigant report states that smart city programmes offer opportunities to tackle problems of a national scope.à‚  “Large developing countries like China and India now are running up against physical resource limits, and intelligent systems can reduce the use of energy and water without limiting economic growth.”