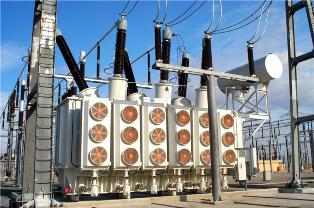 The global power transformer market is expected to increase from the current $10.3bn to $19.7bn in 2020, according to new research.

Driving this growth is emerging countries’ extensive power plant capacity additions, economic growth and the need to improve access to electricity, according to analysts at research company GlobalData.

In a new report, GlobalData states that the biggest boost to the global transformer market is coming from China, India and the Middle East.

It also notes that although the global power transformer market is highly fragmented, seven leading companies accounted for more than 50 per cent of its share in 2012, with the biggest four being ABB (12 per cent share), TBEA (11 per cent), Siemens (10 per cent) and Alstom Grid (7 per cent).

Sowmyavadhana Srinivasan, GlobalData’s senior power analyst, said: “The growth of global electricity demand is driving the construction of new power plants, as is the need to improve the connectivity of the electricity grid and ensure that demand is met.”

The report also states that the need to replace and upgrade old transformers in North America and Europe will also be a key market driver.

“The UK grid is already old and it is expected that unless substantial replacement and upgrade works are undertaken, there could be blackouts in the country. Similarly, in other European countries, such as Germany, continuous refurbishment activities are underway in the grid and in power plants to achieve a stable grid,” says Srinivasan.

However, the report cautions that pricing pressures on power transformer companies, along with an increase in raw material costs and the global economic slowdown, could restrain the market in the foreseeable future.